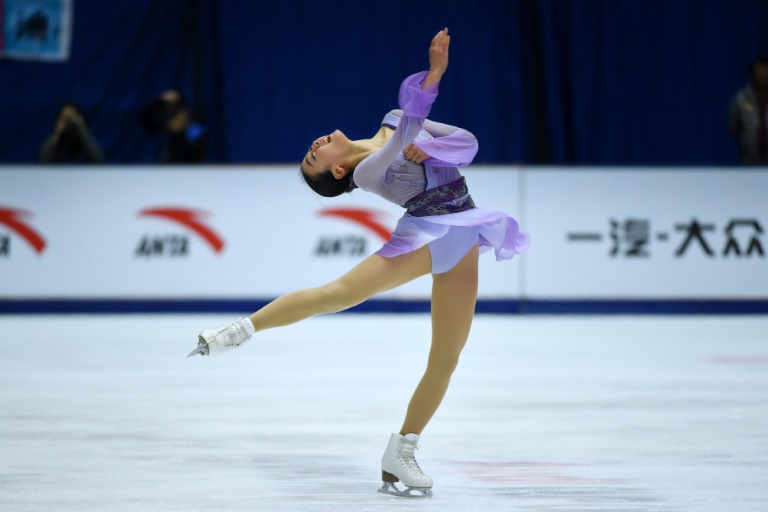 The Japanese Asada managed to earn a 197.48 score despite a faltering performance that saw two points deducted for a failed triple loop. The 25 year old however did enough to keep compatriot Rika Hongo at bay who scored 195.76 â€“ her best of the season.

This is Asadaâ€™s first Grand Prix win after a year out, but the scrappy nature of the victory had her feeling less than pleased.

â€œI have won the gold but I donâ€™t feel satisfied as a winner,â€ she said.

The concern was in stark contrast to the reaction of the 19-year-old Hongo. â€œI donâ€™t think too much about ranking,â€ she said. â€œI am very happy with the performance.â€

Russiaâ€™s Elena Radionova meanwhile managed to put a disappointing first round performance behind her and put on a strong show to earn the bronze with a tally of 184.28.

After earning a silver medal at last yearâ€™s Grand Prix final, she was forced to come to China without her coach Inna Goncharenko who was hospitalised just before the competition.

The effects of competing without her long term mentor reflected in her performance, especially the sixth place finish in the first round which Radionova said left her feeling â€œcompletely lostâ€.

Bouncing back from that to win bronze will nevertheless greatly encourage the 16 year old.

In the menâ€™s category, world champion Javier Fernandez took home the gold despite having a point deducted for a performance which included a failed quad salchow and uncertain landings on two other occasions.

The Spaniardâ€™s 270.55 denied Jin Boyang from winning gold on his senior Grand Prix debut. The Chinese youngster instead had to settle for silver after scoring 261.23.

â€œThis is my first year graduating from the junior level,â€ Jin said. â€œI have a lot of aspects to work hard on and improve.â€

The bronze meanwhile went to Jinâ€™s compatriot Han Yan whose personal season best of 230.33 helped him return to the Cup of China podium two years after winning the gold here.

In the paired categories, the Ice Dance gold went to Italians Anna Cappellini and Luca Lanotte who dominated for a 173.30 score.

Russiaâ€™s Yuko Kavaguti and Alexander Smirnov took the Pairs gold with a 216.00 score that first round leaders Sui Wenjing and Han Cong of China fell just short of.