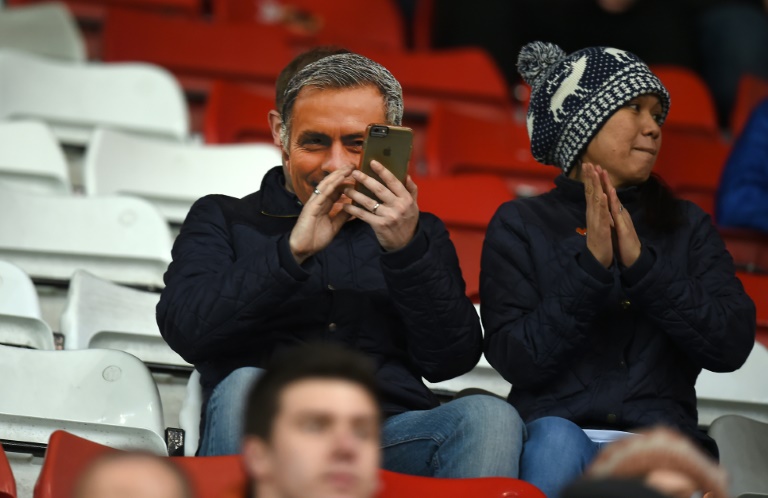 Chelsea manager Jose Mourinho complied with his Football Association stadium ban as his under-performing side took on Stoke City at the Britannia Stadium on Saturday.

A large crowd of supporters from both clubs greeted the Chelsea team bus as it arrived outside the ground approximately 90 minutes before the Premier League fixture kicked off.

But if they were waiting for a glimpse of the controversial visiting manager, they were to be disappointed as Mourinho had apparently elected to remain at the team’s hotel to watch the game live on television.

Mourinho was banned from setting foot in any part of the stadium complex by the FA after berating referee Jon Moss at half-time of his side’s recent defeat at West Ham United.

He reportedly remained at the nearby Crewe Hall Hotel, where Chelsea had stayed on Friday evening after travelling north from London.

The Portuguese may have been absent in body, but there was still ample support for the under-pressure manager — whose side kicked off in 16th place in the table — from the large contingent of travelling supporters.

They repeatedly chanted Mourinho’s name before kick-off, while a number wore Mourinho masks to show their support.