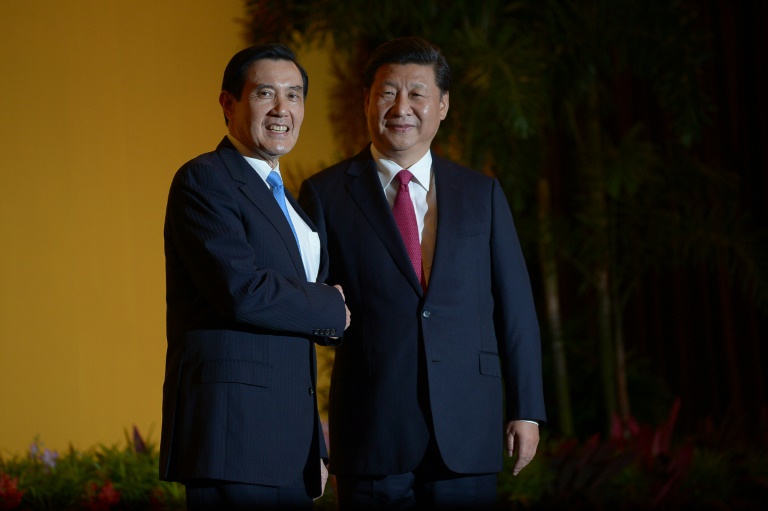 Chinese President Xi Jinping told Taiwan’s leader Ma Ying-jeou that the two sides are “one family” and cannot be pulled apart, as they began a landmark summit on Saturday in Singapore.

Xi and Ma had earlier exchanged a historic handshake, smiling broadly and waving to a huge pack of assembled media before going behind closed doors.

No agreements or joint statements are expected from the encounter between two sides that still refuse to formally recognise each other’s legitimacy, and the meeting’s lasting significance remains to be seen.

But the encounter is undeniably historic: the previous occasion was in 1945, when Communist revolutionary leader Mao Zedong met with China’s nationalist President Chiang Kai-shek in a failed reconciliation attempt.

The later Communist takeover forced Chiang’s armies and about two million followers to flee to Taiwan, then a backwater island province, leaving a national rupture that has preoccupied both sides ever since.

Since taking office in 2008, Ma’s Beijing-friendly policies have drawn the two sides closer, yielding a tourism boom, the opening of flight routes, more than 20 trade agreements — and Saturday’s summit.