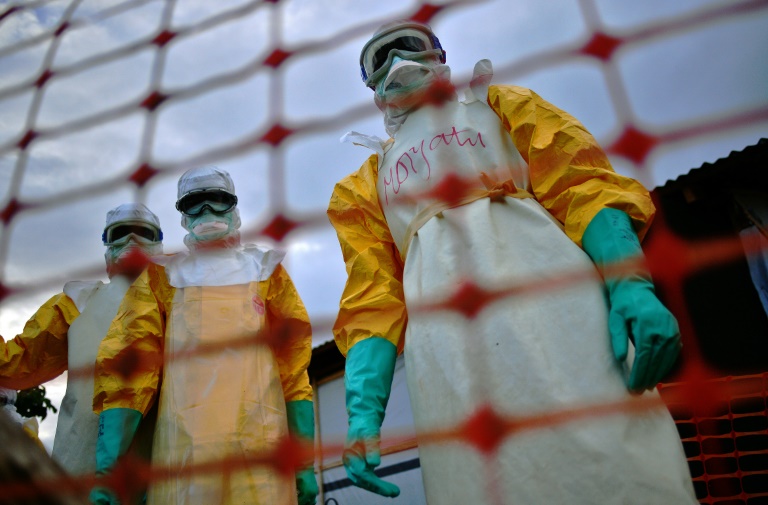 The UN health agency on Saturday declared that Sierra Leone’s deadly Ebola outbreak is over, prompting jubilant celebrations as thousands massed in the capital Freetown.

Crowds poured onto the streets, waving banners, dancing and banging drums as the steep hills surrounding the city of 1.2 million reverberated with the crackle of fireworks.

It was the first public party tolerated in the impoverished west African nation since the epidemic hit 18 months ago.

Ebola went on to kill almost 4,000 citizens, lay waste to numerous tribal chiefdoms and plunge the economy into severe recession.

It also spread fear and paranoia in the capital and elsewhere.

The party had started hours earlier, but festivities continued into the afternoon, with bars offering free drinks while church bells rang out and the Muslim population flocked to the city’s mosques.

The former British colony recorded half of the cases in an Ebola epidemic that has infected a reported 28,600 people across the three hardest-hit nations and claimed 11,300 lives since December 2013, although a significant number of deaths are believed to have gone unreported.

The announcement represents a key milestone in UN-backed efforts to wipe out Ebola, leaving neighbouring Guinea as the only country still registering cases, albeit in small numbers.

The crisis took a devastating toll on primary health services and immunisation programmes in Sierra Leone, Guinea and Liberia, with the deaths of more than 500 doctors and nurses.

After some false starts, Sierra Leone began its 42-day countdown to being declared free of transmission on September 25, three weeks after the WHO had declared neighbouring Liberia Ebola-free following 4,800 deaths.

Guinea, where around 2,500 people died of Ebola, still has a handful of cases and has not yet managed a clear 42-day run — twice the incubation period of the virus — without new infections emerging.

“Ebola has ended but we must be prepared for a re-emergence and we are retaining some laboratory testing capacities and treatment centres,” Sierra Leone’s President Ernest Bai Koroma told the Freetown ceremony.

“But we are confident we now have a system in place to respond.”

Koroma said he was in discussions to end a national state-of-emergency, that has placed severe restrictions on movement, and announced two public holidays to recognise the bravery of those fighting the outbreak.

“The heroism of the 35,000 Ebola response workers is without parallel and I am here today as head of state to say we have overcome the virus,” Koroma said.

The epidemic was first reported in Sierra Leone 18 months ago, when more than a dozen women contracted Ebola at the funeral in the far east of a healer who had been treating patients from Guinea.

At the peak of the outbreak in 2014, Sierra Leone and its neighbours were reporting hundreds of new cases each week, with social order on the brink of collapse.

While the primary cost of the outbreak has been in human life, the crisis has also wiped out development gains in Sierra Leone, which was devastated by 11 years of civil war ending in 2002.

The World Bank estimates that the country will lose at least $1.4 billion in forgone economic growth in 2015 as a result, leading to an “unprecedented” GDP contraction of more than 20 percent.

Villagers beat drums and danced as the WHO’s announcement was broadcast in Kailahun, in the remote eastern jungle, telling AFP they planned to rebuild the country’s wrecked but vital farming industry.

“Today brings sad memories but I take comfort that the disease has been defeated,” sobbed Aye Momoh, who lost two sons and 15 other relatives to the outbreak.