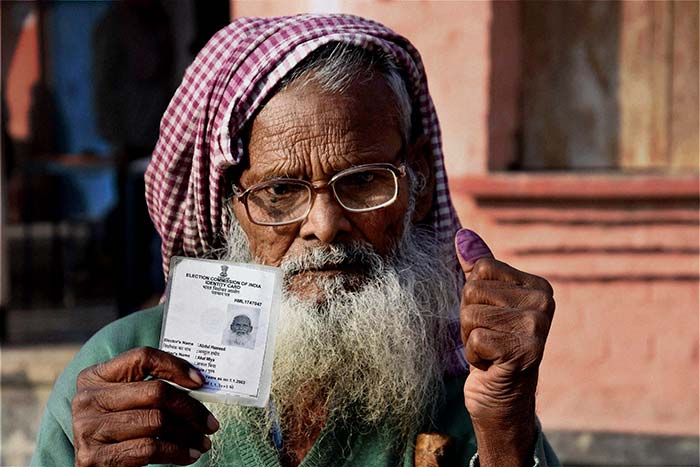 The stage is set for the Mega Bihar Election results. Multiple rallies, hundreds of vote appeals, countless pitches for a better Bihar…all of this is done and now is the turn for the final Report Card.

Well, the answer will be revealed on November 8 and so will the answer to the question- will Bihar take a progressive leap or will it be the same as it appears now?

Be it a tea stall, or a market place or any office premises, people are taking their guesses on the outcome of the big battle in Bihar. Not just Bihar, the entire nation is eagerly awaiting to hear the results.

The counting for 243 seats will begin at 8 am on Sunday morning and the verdict is expected by afternoon. According to most of the exit polls, the fight is neck to neck between the BJP led NDA and the Grand Alliance of Congress-JD(U)-RJD.

‘Son’ Rise in Bihar?: Not just the fate of 99.02 million Biharis, even the fate of Congress and the Lalu-Nitish reconciliation is also at stake. The RJD Chief enjoys the electoral support from across the most disadvantaged sections of society, and he is still admired even among those who no longer electorally support him. But with the election commission after having barred him from contesting elections, the responsibility has increased on the young shoulders’ of Tej Pratap and Tejaswi Yadav-Lalu’s sons.

The ‘Mahagathbandhan’: While the JD(U) and RJ(D), the ally of Congress in grand alliance are contesting 101 seats each in the 243-member Bihar assembly, stakes for the Congress party are perhaps even higher than the other two allies.

Even the promises made on Bihar development are at stake in this election. The results will also decide how rightfully and judiciously the 1.25 lakh crore package given to Bihar by PM Modi in august be put to use for the cause of development.

Will the ‘Mahagathbandhan’ turn out to be a fruitful decision? Sunday’s counting charts will make it clear.

What the analysts say?: According to psephologists and political analysts, this is the first time that the development plank along with caste and communal polarisation dominated the polls. The exit polls are out with different set of results.

The infamous Netas: Also hanging in balance is the fate of the netas who either have criminal records or are not educated enough. According to a report in ADR, out of the total 808 candidates, 215 have criminal cases registered against them. It remains to be seen if the janta of Bihar voted for these netas or have they decided to teach them a lesson by not voting for them?

The nation is set to witness one of the biggest and most politically charged elections of the recent times and a power packed political Sunday awaits everyone. Will November 8 be an important date in the history of Indian politics and will this election be the game changer?