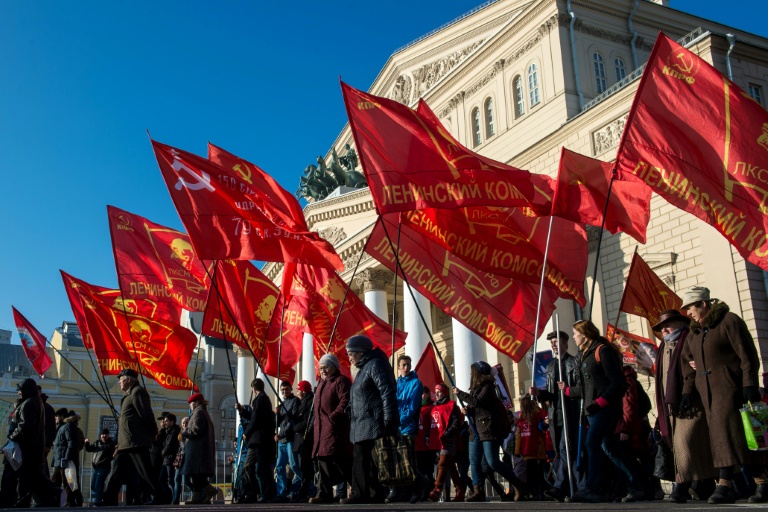 Around 10,000 people marched through central Moscow on Saturday to mark the anniversary of the 1917 Bolshevik Revolution after an official military parade in the iconic Red Square.

“Long live the workers!” the marchers shouted as they marched from the central Pushkin Square to the nearby Theatre Square close to the Kremlin.

The Russian Revolution dismantled the Tsarist empire and led to the rise of the Soviet Revolution.