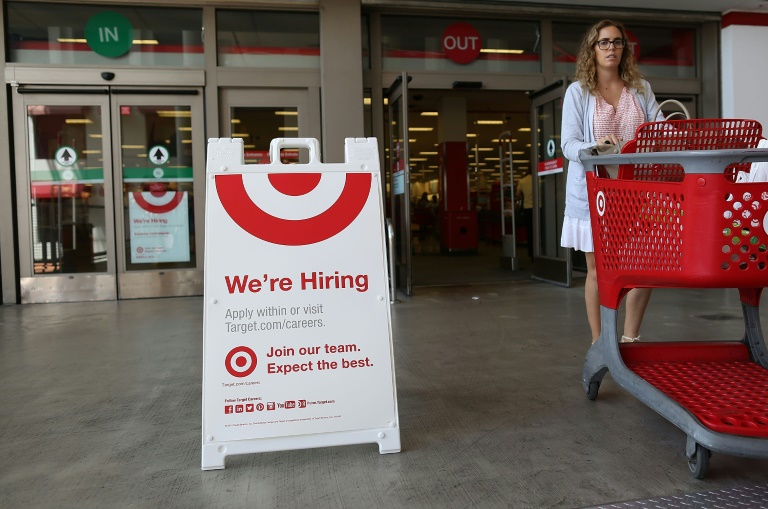 US unemployment fell to 5.0 percent in October, the lowest since early 2008, supporting the Federal Reserve to begin raising interest rates for the first time since the economic crisis.

The Labor Department said Friday that the economy pumped out a strong 271,000 net new jobs last month, nearly double the September number and 90,000 more than economists had forecast.

In addition, wage growth picked up after several flat months, with average hourly earnings up nearly 2.5 percent year-on-year, not as strong as economists hoped but more evidence of tightening in the labor market.

It was a solid rebound after two weak months, attesting to US economic strength despite the global slowdown. Markets took it as a green light for the Fed to embark on a series of interest rate hikes at its December meeting, after keeping its benchmark rate near zero since December 2008.

While that move will still depend on whether the October performance holds up through November, expectations of the rate increase firmed.

The dollar surged sharply to $1.0721 per one euro, its strongest level since April, and US bond yields jumped, the 10-year Treasury rising to 2.32 percent from 2.23 percent on Thursday.

There were still some signs of weakness in the October data: the labor force participation rate remained low at 62.4 percent, for example.

And the job creation and wage gains averaged out over the past three months suggest steadiness, rather than an acceleration, economists said.

But other indicators were mostly positive: decreases in the number of people forced to work part-time and a slight rise in the employment-to-population ratio, for example.

“The Fed’s hawks will now argue that they have hard evidence in the most widely watched… data that the tightness of the labor market is pushing wage gains higher. Barring a disaster in November, rates are going to rise in December,” said Ian Shepherdson of Pantheon Macroeconomics.

“The case for tightening in December — and a lot more in 2016 — looks increasingly strong,” said Jim O’Sullivan, chief US economist at High Frequency Economics.