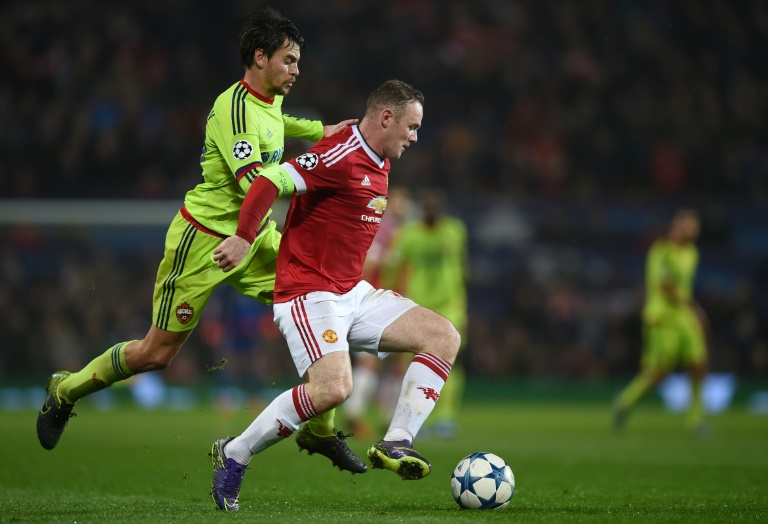 Wayne Rooney’s goal saw Manchester United re-assert themselves in Europe in mid-week but anything less than a comfortable win over West Bromwich Albion on Saturday will leave Louis van Gaal facing fresh questions.

Rooneyâ€™s late goal against CSKA Moscow, which lifted him level with Denis Law as Unitedâ€™s second-highest ever goalscorer, took van Gaalâ€™s side to the top of Group B in the Champions League.

Rooneyâ€™s header — his 237th United goal — avoided a fourth successive goalless draw for the first time in the clubâ€™s history.

It also papered over a few cracks United manager van Gaal must hope wonâ€™t be re-opened against West Brom at Old Trafford in Unitedâ€™s final Premier League game before the international break.

United played positively against the Russian league leaders but still lacked a genuine cutting edge, through either pace or guile, and the impatience of the supporters will be again be evident if the goals donâ€™t flow against Tony Pulis’ defence-minded team.

United have failed to score in three of their last four Premier League games and van Gaal admits that getting his philosophy for winning football to work on a consistent basis is proving a challenge.

“We try to do that but I think the rhythm of the game in the Premier League is more difficult to develop and you can see it every week, not only with Manchester United but the other teams,” the Dutch manager said.

“Everyone can win or lose against each other.

“Maybe it is more difficult in the Premier League, I don’t know, but we are trying to do that. We, not only the players, but the manager and his staff.

“I think we are improving every day and you can see that in the results we have made.”

On the plus side, United are just four points behind league leaders Manchester City and have kept five clean sheets in their last six games.

West Brom, who have won on their last two visits to Old Trafford, may not pose frequent problems for Unitedâ€™s defence.

But the Baggies have won three times away from home without conceding this season and their deep-lying, counter-attacking football could again test Unitedâ€™s resolve if they donâ€™t strike early.

Midfielder Morgan Schneiderlin is expected to return to United’s squad after missing their Champions League win on Tuesday through illness.

Former United defender Jonny Evans, who will line up at Old Trafford for the first time since joining West Brom in pre-season, said he expected van Gaal to win over the cub’s supporters.

â€œThey want to be successful, win games, but thereâ€™s always that little feeling at the back of their head that they want to see nice attractive football.

â€œAnd against teams like Manchester United, teams do raise their game and Iâ€™m sure weâ€™ll raise our game, itâ€™s an easy thing to say but subconsciously you do.

“I think he (van Gaal) is a very good manager and I think with time he will get it right. I certainly learned a lot in the year that I spent with him as coach.”

Evans added that Rooney’s European goal would help him end his domestic drought and still some criticism.

â€œWayne Rooney is such a good player, on his day heâ€™s one of the best in the world…Iâ€™m sure heâ€™ll relish this opportunity to prove people wrong.

“Iâ€™m sure heâ€™ll take a few things on board and heâ€™ll try to put it right but heâ€™s had a career under the microscope and itâ€™s not always an easy place to be.

â€œHeâ€™s got a strong personality to deal with it.”