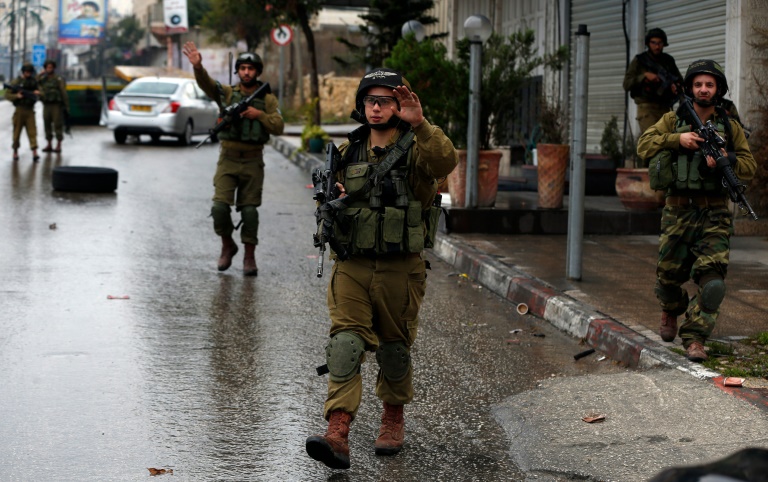 Unknown assailants shot and wounded two Israelis at a flashpoint holy site in the West Bank city of Hebron Friday, the army said, as sporadic violence again erupted in the Palestinian territories.

“Two Israelis were shot at the Tomb of the Patriarchs in Hebron,” a statement said, with medics identifying them as a 16-year-old and an 18-year-old.

A spokeswoman for Shaare Zedek hospital in Jerusalem said both victims were males, with one in moderate condition and the other lightly wounded.

The army said it was searching for the perpetrator of the shooting at the Hebron site, venerated by Jews as the Tomb (or Cave) of the Patriarchs and to Muslims as the Ibrahimi Mosque.

Just hours earlier, soldiers shot dead 72-year-old Sharwat Sharawi after she had allegedly tried to ram them with her car in Hebron. Palestinian medics denied she had intended to attack the soldiers.

Hebron has 200,000 Palestinian residents with approximately 500 Israeli settlers living in the centre, protected by an army-patrolled buffer zone.

It has been a focal point for the latest wave of violence between Palestinians and Israelis, with nearly daily attacks by Palestinians targeting primarily security forces in Hebron and its surrounding areas.

Elsewhere Friday, a Palestinian stabbed and seriously wounded an Israeli outside a supermarket at a West Bank settlement. A Palestinian was also killed by Israeli fire in clashes along the Gaza border.

Since October 1, 73 Palestinians, including alleged attackers, and an Arab-Israeli have been killed. Nine Israelis have died.