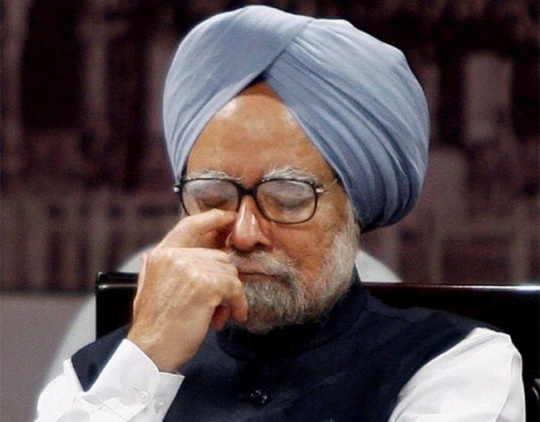 Speaking out on the debate on ‘growing intolerance’ in the country, Prime Minister Manmohan Singh said on Friday that the suppression of freedom of speech by violent extremist groups was concerning.

He said that the suppression of dissent poses a ‘grave danger’ for economic development. Speaking at a conference which marked the 125th birth anniversary of India’s first Prime Minister Jawaharlal Nehru, Singh said, “The nation is deeply concerned at recent tragic instances of violations of freedom of thought,” he said at a conference organized to mark the 125th birth anniversary of Jawaharlal Nehru.

He said that religion should be left to personal choice without any interference.

“Religion is a private matter in which no one, including state, can interfere,” he said. “Secularism is an article of faith… it protects the fundamental freedom of every citizen,” Singh added.

Making a strong statement, the former PM said that the assault on thinkers could not be justified on any grounds.

“The nation is deeply concerned at the recent tragic instances of blatant violations of the right to freedom of thought, belief, speech and expression in our country by some violent extremist groups. The assault or murder of thinkers cannot be justified on any grounds, nor can suppression of right to dissent be allowed,” he said.

Speaking on the murder of rationalist MM Kalburgi, Singh said, “All right thinking people in the country have condemned such incidents in the strongest terms as an assault on the nation,” he added.