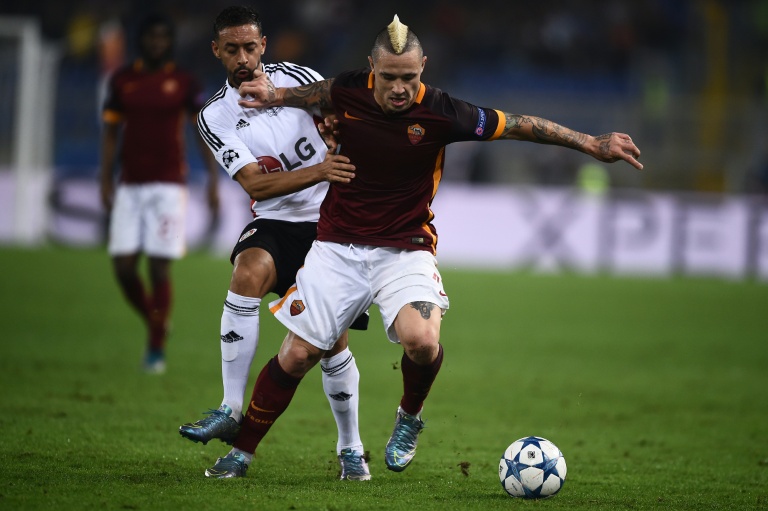 Local bragging rights and the chance to lord it over Italy’s traditionally stronger northern clubs won’t be the only prizes at stake this weekend when Roma host Lazio in the ‘Derby della Capitale’.

Known as the fiercest city clash in Italy, the Rome derby has never been short of drama, with much of it spilling over — on one occasion fatally — in and around the stadium as fans of both clubs vie for local supremacy.

This Sunday, authorities are hoping an ongoing strike by hardline fans of both clubs is the biggest problem they have to face.

Roma ‘ultras’ have recently left the South End of the Stadio Olimpico half-full during league games in protest at the club tightening security measures by splitting the ‘Curva Sud’ in two.

Lazio’s fans, meanwhile, have left the Olimpico virtually empty with regularity as they continue to protest controversial club president Claudio Lotito, who has fallen foul of both the football and civil authorities over the years.

“In this kind of climate, it’s impossible (to have a nighttime kick-off),” the Prefect of Rome, Franco Gabrielli, explained in an interview with Corriere dello Sport.

“I expect the fans to come back to the stadium to support their own team, and above all doing so respecting the rules. The fans in the ‘Curva’ are just the same as all the others.”

“I hope the stadium will be rocking in the future again,” said the Frenchman.

Winning the derby could be the ice-breaker for Roma, who are poised to go top if they win and joint leaders Fiorentina and Inter slip up on their respective travels to Sampdoria and Torino.

Garcia just has to hope Roma, who suffered a “blackout” during five, second-half minutes in which Leverkusen pulled level, don’t suffer another similar episode.

“We had a five-minute blackout that I can’t explain,” Garcia said.

Belgian midfielder Radja Nainggolan offered a more emphatic explanation: “We made the mistake of coming out of the dressing room thinking we had the game sewn up.”

On their day, Lazio can beat any team in Serie A but three defeats in their past four games, as well as recent derby history, means they go in as underdogs.

Stefano Pioli’s men have not dominated a league derby since a 3-2 win in November 2012 and last week’s shock 3-1 defeat at home to resurgent AC Milan prompted a Lotito outburst that left little to the imagination.

“Your performance was embarrassing,” Lotito told the squad, according to La Gazzetta dello Sport. “You have to completely change your attitude and show some balls.”

Lazio are without influential central defender Stefan De Vrij, who in midweek was ruled out for six months after undergoing knee surgery.

Champions Juventus, meanwhile, are still nine points off the pace but, following their 1-1 Champions League draw away to Borussia Monchengladbach in midweek, morale is high.

Juve travel to Empoli looking for their third win in four games, but — after recent draws with fellow minnows Chievo and Frosinone and defeat a fortnight ago to Sassuolo — midfielder Paul Pogba said they are taking nothing for granted.

“There are no easy matches at this level and that is a real motivator, you have to be focused and show that desire to win every week.”

Elsewhere, AC Milan, only five points off the pace, host Atalanta on Saturday looking for their fourth win on the trot, while Napoli, in fourth at just two points adrift, are expected to account for Udinese at the San Paolo.