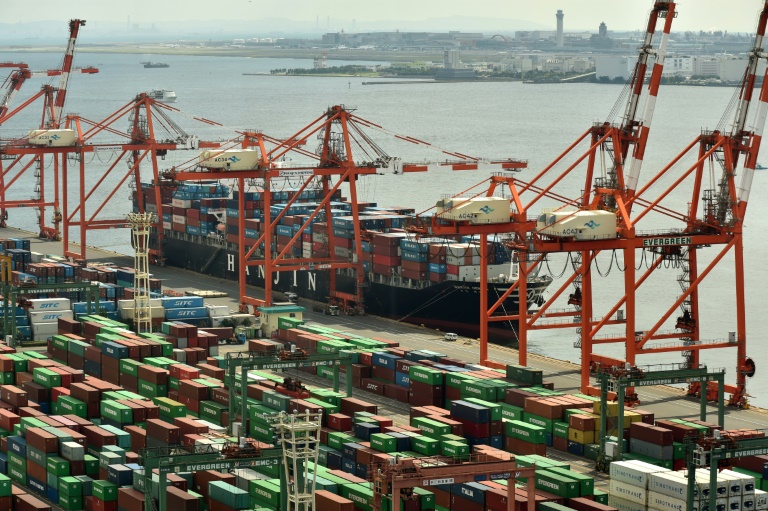 The long-secret text of the Trans-Pacific Partnership free-trade deal was released Thursday to support from business but vows by labor, environmental and health groups in many countries to fight ratification.

The massive document, posted online by several governments, offered the first detailed look at the world’s biggest free trade area, which aims to break down barriers to commerce and investment between 12 countries comprising about 40 percent of the global economy.

US President Barack Obama, who strongly pushed the TPP as a foundation for “21st century trade,” heralded the pact as a boost to the US economy while protecting workers and the environment.

Obama, who could struggle to get Congress’s endorsement of the deal, said it “means that America will write the rules of the road in the 21st century” rather than China, which is not part of the TPP.

“It’s the highest standard trade agreement in history,” he said.

In Chile, senior international trade official Andres Rebolledo said the text would show Chileans that the lengthy negotiations concluded last month in Atlanta, Georgia “have meant a beneficial and balanced agreement for our country.”

Businesses, which critics say had an inside line into the years of negotiations, were generally supportive.

The Business Roundtable, a group of top US chief executives, said the deal has “incredible potential for even more economic growth and job creation in the United States, while also improving environmental and labor standards in the TPP countries.”

But activists were scathing in their criticism of the deal, which now must be ratified by the governments of the 12 countries — also including Japan, Malaysia, Vietnam, Mexico, Peru, Singapore, Brunei, Canada and New Zealand.

They said promised protections for labor rights and the environment, and assurances that drug patent protections would not block the poor’s access to vital medicines, were weak in the final text.

Judit Rius Sanjuan of Doctors Without Borders said the drug patent provisions “will keep affordable medicines out of reach of millions of people around the world.”

And Michael Brune, executive director of the Sierra Club, said the document was “concrete evidence that the Trans-Pacific Partnership threatens our families, our communities, and our environment.”

“The words ‘climate change’ don’t even appear in the text, a dead giveaway that this isn’t a 21st-century trade deal,” he said.

The US Electronic Frontier Foundation, which focuses on rights related to the Internet and digital world, said the deal did little for individuals.

“The TPP’s secretive, lobbyist-controlled policymaking process has led to a deal that upholds corporate rights and interests at the direct expense of all of our digital rights,” it said.

The release of the text begins the process of each of the 12 governments getting public and legislative approval of the deal. The entire pact must be ratified as agreed, without changes, which could tie the hands of governments and legislators.

Many governments could face uphill battles on compromises made on opening markets and enforcing social issues, including in Australia, New Zealand, Canada, and especially the United States.

In Canada, Chrystia Freeland, the minister of international trade in a government that just took office on Wednesday, said Ottawa still needed to study the deal, but would be open about it.

“We do believe in trade. We understand its absolute importance to Canada and to the prosperity of the Canadian middle class, which is a central part of our platform,” she said.

In Washington, Obama, who officially notified Congress that he would sign the deal in 90 days, could face a tough battle — as much from his own Democratic Party as from Republicans.

The powerful new speaker of the House of Representatives, Paul Ryan, reserved judgment but said he remained “hopeful” the deal is a good one.

“Enactment of TPP is going to require the administration to fully explain the benefits of this agreement and what it will mean for American families,” he said in a statement.

Under the TPP agreement, most tariffs were to be eliminated or slashed on everything from beef, dairy products, wine, sugar, rice, horticulture and seafood to manufactured products, resources and energy.

It triggers controversy by forcing countries to broaden access to their markets — for foreign auto parts in the United States and imported cheese in Canada; Japan will have to remove hefty protections for uncompetitive domestic farmers.