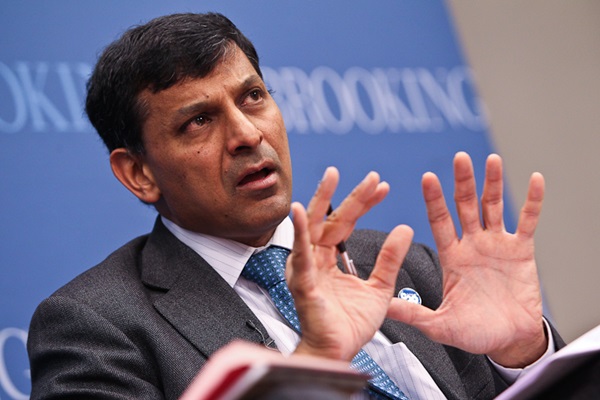 New Delhi: Expressing satisfaction with the current interest rates of 6.75%, RBI Governor Raghuram Rajan has reiterated that consumer inflation was the more appropriate measure given its higher weighting of food prices and services.

Rajan made this statement during a debate on a leading English channel after Chief Economic Advisor Arvind Subramanian prodded him to take into account the wholesale price inflation in monetary policy decisions.

Wholesale inflation fell for an 11th consecutive month in September, leading to calls for the RBI to cut interest rates even further after already easing them by 125 basis points to 6.75% so far this year, including a larger-than-expected 50 bps cut in late September.

The RBI is not statutorily independent from the government, although its central bankers enjoy broad autonomy.

Subramanian and Rajan also expressed differing views on foreign capital, with the Chief Economic Adviser stating that India needed to be ‘much more careful’ of ‘speculative capital’.

The RBI Governor, however, responded by saying that he was open to the idea that foreign capital is beneficial to which Subramanian prodded that Rajan has to be watchful over the competitiveness of Indian economy and the exchange rate.