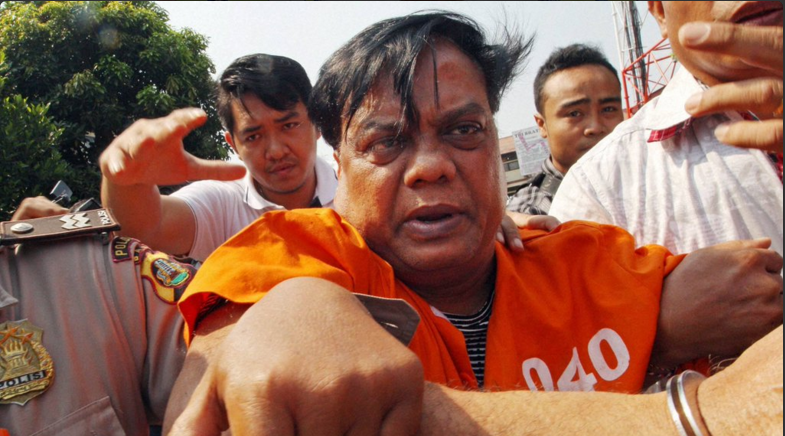 In a sensational revelation, Chhota Rajan early on Friday named some of the Mumbai cops having links with wanted underworld don Dawood Ibrahim.

Rajan, who was brought to New Delhi after being deported from Indonesia on Friday, spelled out the names of Mumbai Police officers who have or have had links with the India’s most wanted underworld don.

Rajan had earlier claimed that some in the Mumbai Police were in touch with Dawood Ibrahim.

“The Mumbai Police has done a lot of ‘atyachar’ (atrocities) on me,” he had alleged.

As per the report, Rajan told CBI during interrogation on Friday that some retired Mumbai Police officers had acted as a bridge between Dawood and senior cops.

Rajan, after his arrest, had also expressed reservation over plans to lodge him in a Mumbai jail, fearing that Dawood may target him there.

Rajan was brought to New Delhi early on Friday from the Indonesian tourist city of Bali by a joint team headed by CBI officials to face trial in over 70 cases of murder, extortion and drug smuggling in Delhi and Mumbai.

Deported after being on the run for 27 years, the 55-year-old gangster, whose real name is Rajendra Sadashiv Nikalje, landed at Palam airport along with seven-member team which included officials from Delhi Police’s elite Special Cell and Mumbai Police’s Crime Branch in an IAF’s Gulfstream-III aircraft.

He was taken straight to the CBI headquarters where he was subjected to a preliminary round of questioning.