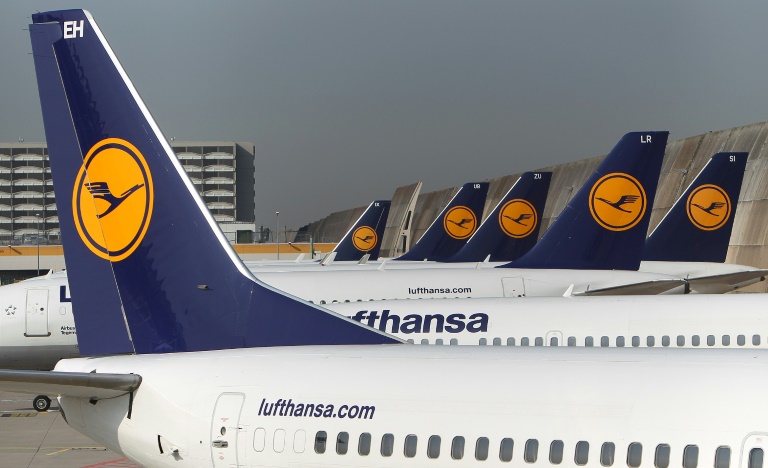 German airline said it will cancel 290 flights Friday, grounding 37,500 passengers, as cabin staff begin a week of walkouts in a long-running battle over savings aimed at fending off competition from low-cost rivals.

The flight attendants’ union UFO has called a nine-hour strike starting at 1300 GMT, affecting flights to and from the airports of Frankfurt and Duesseldorf.

Of the 290 cancelled flights, 23 were inter-continental services, Lufthansa said in a statement.

Lufthansa said it “regretted” the union’s action and apologised to passengers, saying the short notice of the strikes made it difficult to inform them in time and enable them to make alternative travel arrangements.

“We will do everything possible to keep disruption to a minimum,” it said.

UFO plans to stagger the walkouts and target different airports over the course of the next seven days, with a repeat of the stoppages planned in Frankfurt and Duesseldorf on Saturday.

– No strikes on Sunday –

UFO had announced on Thursday that industrial action was “unavoidable” after management had failed to come up with an improved offer in a long-running dispute over pay and early retirement provisions.

Lufthansa said it has provisionally booked 2,500 hotel rooms in and around Frankfurt for passengers grounded by the strikes.

Lufthansa insisted that it had conceded to all of the union’s demands.

The UFO union said it would give sufficient advance warning of when the strikes will take place.

It is first time that cabin staff have staged walkouts in the nearly two-year-long dispute.

UFO is demanding the current system of early retirement provisions remain unchanged, but Lufthansa argues that the system is too expensive as it faces cut-throat competition from low-cost operators such as Ryanair and Easyjet.

Pilots, who are concerned about Lufthansa’s aim to further develop its low-cost activities, have staged repeated walkouts during the dispute.

Investors appeared unperturbed by the latest stoppage and Lufthansa shares were the biggest gainers on the Frankfurt stock exchange on Friday, adding as much as 3.18 percent in a generally softer market.