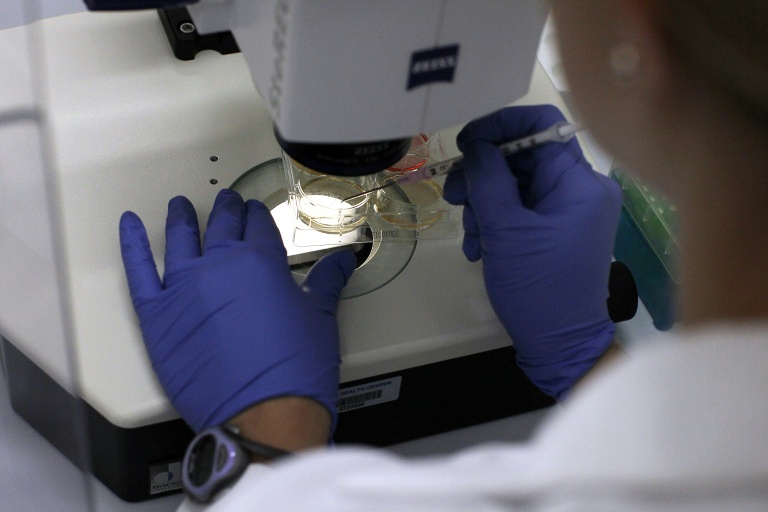 A one-year-old girl in Britain has become the first in the world to be treated with “designer” immune cells genetically engineered to reverse her cancer, doctors said.

Layla Richards was suffering from leukaemia, but was cured after scientists used a new gene-editing technique to manipulate cells to fight the disease at Great Ormond Street Hospital (GOSH) in central London.

“As this was the first time that the treatment had been used, we didn’t know if or when it would work and so we were over the moon when it did,” said Professor Paul Veys, director of bone marrow transplant at GOSH and Layla’s head doctor.

“Her leukaemia was so aggressive that such a response is almost a miracle.”

The baby was diagnosed with Acute Lymphoblastic Leukaemia, the most common form of childhood leukaemia, when she was just 14 weeks old.

She was treated with chemotherapy and a bone marrow transplant, but the cancer returned and doctors told her parents to consider palliative end-of-life care.

The family was then offered an experimental treatment under development at the hospital, in which doctors modified white blood cells, T cells, from a healthy donor so that they seek out and kill drug-resistant leukaemia.

“She was sick and in lots of pain so we had to do something,” her father Ashleigh Richards, 30, said.

“Doctors explained that even if we could try the treatment, there was no guarantee that it would work but we prayed it would.”

Layla was given a small infusion of the genetically-engineered cells known as UCART19 cells. A few weeks later, consultants told her parents that the treatment had worked.

Doctors stressed that the experimental technique had just been used once and that the results need to be replicated, but said it was potentially very promising.

“We have only used this treatment on one very strong little girl, and we have to be cautious about claiming that this will be a suitable treatment option for all children,” said Waseem Qasim, professor of cell and gene therapy at the Institute of Child Health and consultant immunologist at GOSH.

“But, this is a landmark in the use of new gene engineering technology and the effects for this child have been staggering,” he added.

“If replicated, it could represent a huge step forward in treating leukaemia and other cancers.”