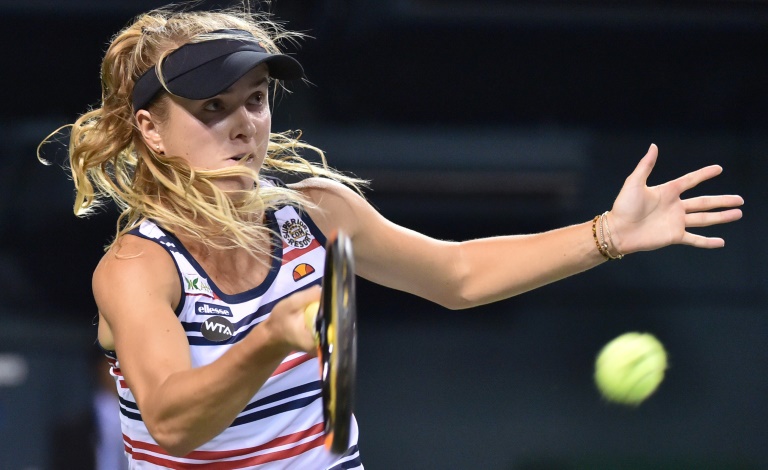 Ukraine’s Elina Svitolina battled back from behind to beat Carla Suarez Navarro in a “crazy” match and grab the last place in the WTA Elite Trophy semi-finals.

Svitolina, 21, will play Karolina Pliskova on Saturday, while top seed Venus Williams faces Roberta Vinci in the other semi-final at a purpose-built arena in southern China.

“It was a marathon match and really tough obviously, but I was really happy with how I played today. This is a big win.”

Ex-world number one Wozniacki pulled out with a left wrist injury caused by being unable to hold her racquet properly after she accidentally cut herself with a bread knife from room service.

The WTA Elite Trophy is a new event with a field of 12 and intended as a second-tier version of the WTA Finals between the top eight, which was won last week by Agnieszka Radwanska.