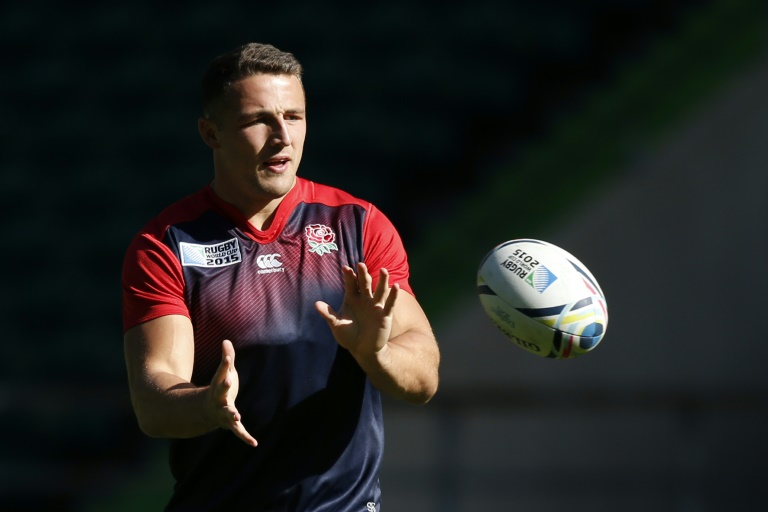 The 26-year-old had two years left on a three-year deal with west country side Bath.

Burgess was a member of the England squad that recently became the first World Cup host nation to exit the tournament in the group stages, with coach Stuart Lancaster criticised for what many saw as his overly rapid promotion into the Test side.

It was only last year, after helping South Sydney win the Australian NRL Grand Final, that Burgess changed codes with the express ambition of playing for England at the World Cup.

If confirmed, the end of his brief spell in union is likely to prove highly embarrassing for both Bath and Lancaster, whose position as England coach is currently being scrutinised as part of a Rugby Football Union review into the team’s woeful World Cup campaign.

The BBC report came less than 24 hours after Bath owner Bruce Craig said Burgess would be seeing out the remainder of his contract.

“Sam is with us for the next two years and is under contract,” said Craig.

“No one has come in for Sam. At the moment he’s with us and is in our (European) Champions Cup squad. We’re not in negotiations with anyone.”

Only last week, Bath coach Mike Ford — himself a former rugby league player — was equally adamant Burgess would stay at the Recreation Ground.

“There are no dramas here,” said Ford. “Everyone has put two and two together, seen him sitting next to (England rugby league coach) Steve McNamara watching his brother play rugby league.”

But McNamara told Britain’s talkSPORT radio on Thursday: “I would be very surprised if he (Burgess) doesn’t go back to South Sydney.

“He has gone from never playing rugby union in his life to being picked by England. He deserves a lot of credit.

“Sam is very thick skinned. He will have been aware of some of the comments made about him. I don’t think the criticism Sam has received will have put him off.”

Burgess’s selection for the England rugby union side was all the more controversial as despite Bath’s preference for playing him as a flank forward, Lancaster deployed him in the back-line position of inside centre.

His inclusion meant far more experienced centre Luther Burrell missed out on a place in the England squad.

Burgess, who only won the first of his five England caps in a World Cup warm-up in August, made three appearances during the tournament proper, but only one start, and failed to make much of an impression

Veteran Ireland centre Gordon D’Arcy produced a withering critique of his displays in an Irish Times column, accusing Burgess of embarrassing his team-mates and saying he “doesn’t know how to play inside centre”.

But ex-England centre Will Greenwood, a World Cup-winner in 2003, reacted to news of Burgess’s impending departure from the 15-man games by tweeting Thursday: “Am I hearing @SamBurgess8 has left Bath? If so rugby union has let the lad down.”

Last month, after leaving Burgess out of his matchday 23 for England’s final and ‘dead’ World Cup pool match against Uruguay, Lancaster said: “I’ve not had any conversations with him about a move to rugby league at all… My last conversation with him was about him going back to Bath.”

Burgess, whose father died in 2007, is engaged to an Australian journalist.

His three brothers are all playing rugby league in Australia, while their mother, Julie, has been teaching at Sydney’s elite Scots College boys school.