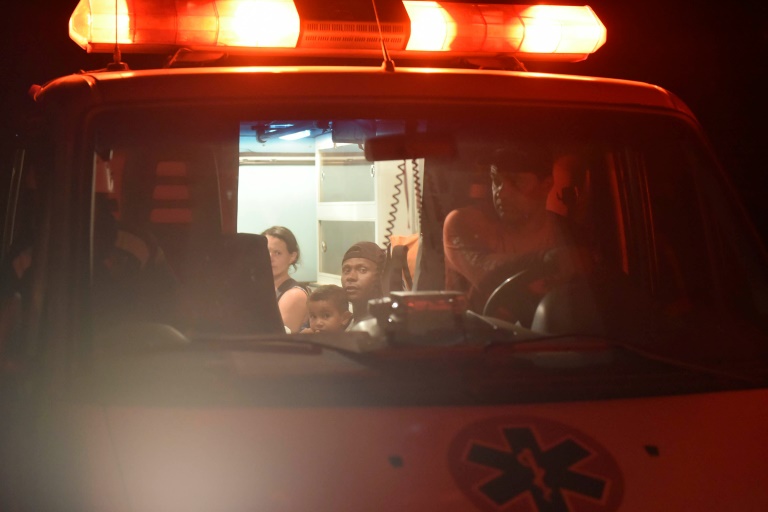 A dam burst at a mining waste site in Brazil, unleashing a deluge of thick, red toxic mud that smothered a village and killed at least 17 people, an official said.

More than 50 more were injured in the disaster in southeastern Minas Gerais state, said Adao Severino Junior, fire chief in the city of Mariana.

The number of missing looks set to surpass 40 but this is not official yet, he added.

Television footage showed a torrent of muck several hundred meters (yards) long that had swamped houses and ripped off their roofs.

The mud from the mineral waste reservoir reached up the intact roofs of some houses, atop of which stranded people waited to be rescued.

Some homes seemed to have been swept hundreds of meters by the rushing wall of mud.

The village of Bento Rodrigues near the dam is 80 percent buried, the fire chief said. Several people are missing and more mudslides are possible, he said.

“The situation is grim. It is dark. There is a lot of mud,” Severino said. “There is no way to survive under that material.”

Bento Rodrigues has a population of about 600, most of whom work for the mining company.

To make matters worse, the mud that spilled from the reservoir toppled electrical pylons, cutting off power. As night fell, the disaster area was in complete darkness.

“The closest we could get was more or less 500 meters. We cannot get closer because of the mud,” he told AFP by phone. “We do not really know what happened.”

Roberto Verona, a local journalist, said the buried village had an emergency evacuation plan that may have given most people there time to escape as the mudslide rushed down on them.

The stream of mud stretched two kilometers (one mile) from the reservoir to the village.

The mining company Samarco, which operates the site, is jointly owned by two mining giants, Vale of Brazil and BHP Billiton of Australia.

“We flew over the area. All access roads are blocked by the stream of mining waste,” a police officer from the nearby town of Mariana told AFP. He did not give his name.

Samarco chairman Ricardo Vescovi said the company is doing everything it can to help people working at the site or living nearby.

The surface area of mud held back by the dam that gave way is equivalent to 10 football fields. Twenty-five people worked there, local mining union leader Ronaldo Bentro said. He earlier gave the death toll as just one person.

For reasons yet unknown, the dam broke about 4:20pm (1820 GMT) between the old colonial towns of Ouro Preto and Mariana, in a major mining region.

Firefighters and other emergency teams rushed to the scene and residents were ordered to evacuate.

Minas Gerais has been the main mining hub of Brazil since the 16th century. First came gold, then mining of iron ore, other minerals and semi-precious stones.