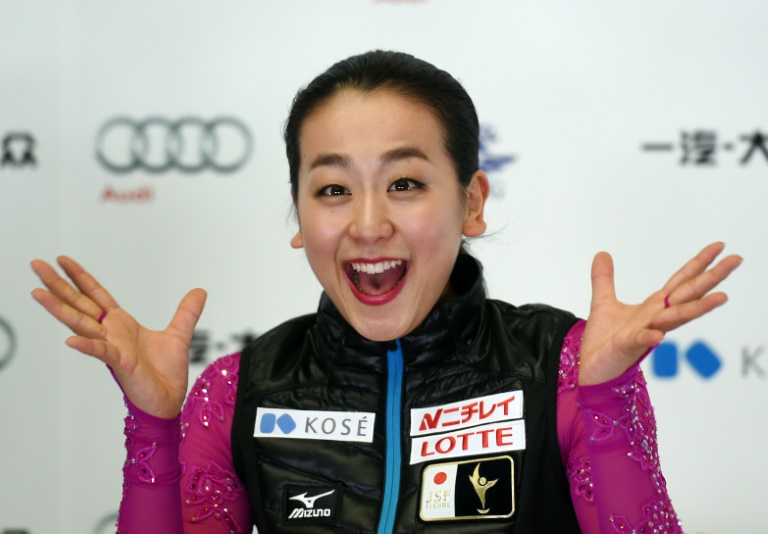 There were no surprises at the Cup of China Friday as Japan’s three-time world champion Mao Asada and current world champion Javier Fernandez of Spain finished top in the first round of the figure skating Grand Prix.

Asada raced up the standings with a 71.73 performance that began with a triple axel and included a triple flip and loop, as well as a triple lutz.

The 25-year-old was making her first Grand Prix appearance after a year-long hiatus, but the pressure did not show.

“Yes I have won the world championship three times and that’s a fact,” Asada said. “But I feel I still have a lot of things to do and a lot of challenges to meet.”

Asada proved impossible to beat with compatriot Rika Hongo, the bronze winner at this year’s Four Continents championships, coming the closest with a 65.79 performance — her best score of the season so far.

Hicks could have been overtaken but Anna Pogorilaya’s costly slip early on during a triple toeloop saw a point deducted from her score, leaving her with 61.47.

Russia’s Elena Radionova, expected by some to challenge Mao Asada, had a disappointing sixth-place finish after scoring 58.51.

For the men, Chinese teenager Jin Boyang, the 2015 world junior silver medallist, looked like he would cause a surprise upset with his 90.05 score occupying top spot until Fernandez took to the ice last and earned 93.19.

Fernandez was full of praise for Jin, who was making his first appearance at a senior grand prix.

“I did not see the score and was just doing my thing. I saw it after I finished. But congratulations — 90 points — it is not easy to get that. Keep it going,” said Fernandez.