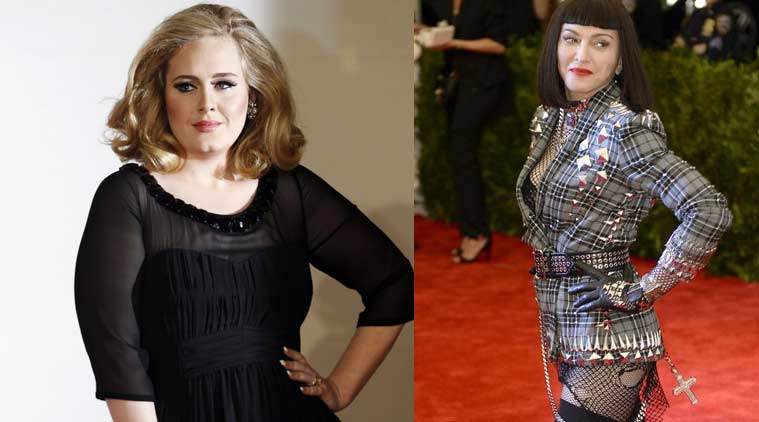 Singer Adele has revealed that Queen of Pop Madonna’s 1998 album Ray of Light was a direct inspiration for her own highly-anticipated record “25”.

Adele’s new album “25” is scheduled for release November 20, reported Rolling Stone. “You know what I found so amazing about that record? That’s the record Madonna wrote after having her first child, and for me, it’s her best.

I was so all over the place after having a child, just because my chemicals were just hitting the roof and shit like that.

“I was just drifting away, and I couldn’t find that many examples for myself where I was like, ‘they truly came back to themselves,’ until someone was like, ‘Well, obviously, Ray of Light’,” Adele said.