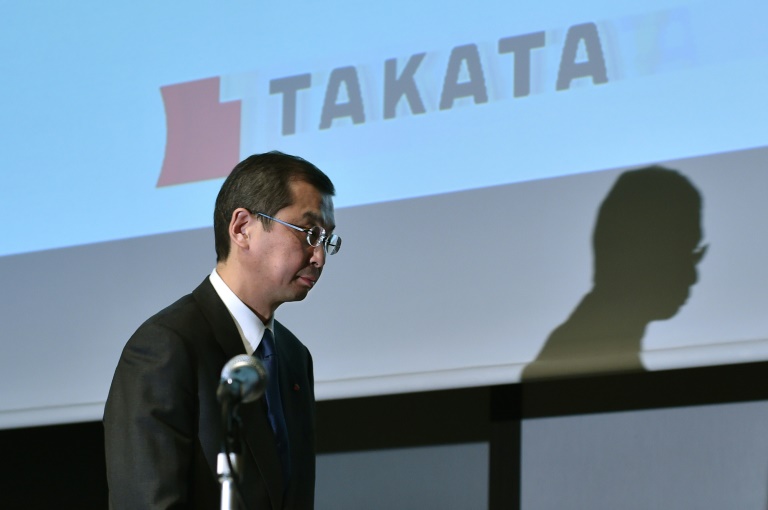 Shares in crisis-hit autoparts maker Takata plunged again on Thursday, losing a quarter of their value and deepening the loss caused by fatal faults in their airbags.

The Tokyo-listed stock plummeted 25 percent to 889 yen ($7.32) at the close, after it tumbled more than 13 percent Wednesday to its lowest close this year.

The rout came after Honda dumped it as an airbag parts supplier and US safety regulators slapped it with a record fine over products that have been linked to at least eight deaths and scores of injuries globally.

Takata’s airbag defect — thought to be associated with a chemical propellant that helps inflate the devices — can cause them to deploy with explosive force and send metal shrapnel hurtling toward drivers and passengers, killing some and leaving others with grisly injuries.

Some 50 million vehicles worldwide have been recalled over the problem.

Accusing the company of dodging the issue for years, US safety authorities on Tuesday announced up to $200 million in penalties while Honda said it would stop using Takata airbag inflators.

Top client Honda accounts for about 10 percent of Takata’s global sales, which were about $5.3 billion in the last fiscal year.

“If it was only about paying the fine, that would be the end of it. But after Honda ditched it, the crisis now threatens Takata’s mainstay business,” said Nobuyuki Fujimoto, senior market analyst at SBI Securities.

“Honda probably decided to drop Takata after finding another airbag supplier. It’s brutal (for Takata) but shares in Daicel are doing well today.”

Daicel, an Osaka-based firm whose products include airbag inflators, jumped 6.27 percent to 1,727 yen ($14) by the break Thursday.

In response to the regulatory fine, Toyota said Wednesday it was monitoring the latest chapter in the crisis, while rival Nissan declined to comment on its future relationship with Takata, but added it was “disappointed with Takata concerning the findings about its conduct”.

A day earlier, the US National Highway Traffic Safety Administration said the auto parts maker had evaded reporting requirements, including making “the conscious decision” not to report two incidents to the regulator, despite a mounting death toll linked to its airbags.

The agency said Takata showed a pattern of such behaviour dating back to 2009, both with the US government and with automakers who installed the airbags in their cars.

“For years, Takata has built and sold defective inflators. It refused to acknowledge that they were defective,” said Transportation Secretary Anthony Foxx.

“Delay, misdirection, and refusal to acknowledge the truth allowed a serious problem to become a massive crisis.”