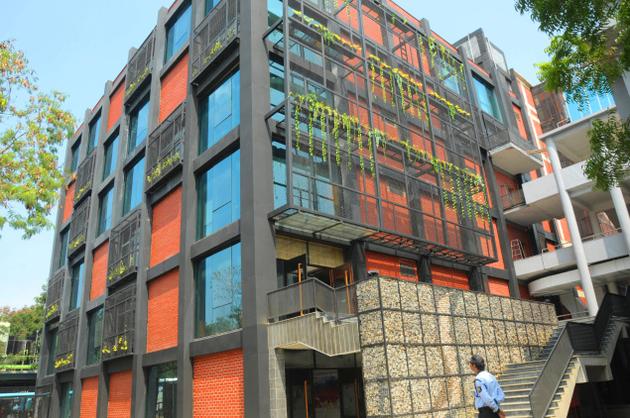 PM Modi’s zeal to see the nation spout out with different start-up companies is on the verge of taking wing. In what may be termed as the ‘Next Big’ step to his start-up push, the new T-Hub in Telangana to be inaugurated by business magnate Ratan Tata is perhaps not just the talk of the town, but the toast of the nation as well.

A new concept in the start-up ecosystem, the T-Hub supposedly looks at adding another milestone to the government’s ‘Make in India’ initiative.

The latest and magnificent technology incubator is not just grand in terms of the number of start-ups that it is planning to house but also in terms of its looks. A 70,000 square feet campus with the provision to house over 300 start-ups and a progressive workspace for about 800 people clearly sets the agenda for Hyderabad’s initiative to be the India’s start-up capital.

According to reports, the hub addresses the gaps in the existing ecosystem in a way that it makes the city best for start-up businesses.

The incubator has collaborative efforts from the Indian School of Business (ISB), the International Institute of Information Technology (IIIT-Hyderabad) and NALSAR University of Law, besides various other organisations.

The state government has put in Rs 40 crore in the construction of the facility constructed on IIT-H campus.

Speaking on the eve of the inauguration, Telangana IT Minister, KT Rama Rao said, “There are world-class facilities but we are offering something priceless and that is mentorship. Indian School of Business will provide business mentorship. IIIT and IIT will give technology support and Nalsar, the best law school in the country, will guide through the vagaries of intellectual property rights protection, legalities.”

Rao had earlier said the second phase of the T-Hub with 3,00,000 square feet area that is expected to come up in the next three years would need at least Rs 150 crore. He also stated that the state government is in discussions with (Massachusetts Institute of Technology) MIT Media Labs and University of Texas (Huston) for seeking their support for the T-Hub.

“The centre has already 120 start-ups and organisations signed up to occupy seats and cabins and another 200 are in the pipeline, he added.”

According to the IT ministry, the initial fund size for the T-Hub project would be Rs 10 crore and scalable up to USD 100 million (Rs 650 crore) and the start-up incubator has already tied up with 20 venture capitalists.

The promoter of the facility say that the distinct feature of the incubator is that it is a public private partnership and that could prove to be the biggest key to its success.

Talking about the model on which the incubator is built, the Chief Operating Officer of T-Hub said, “If you take Silicon Valley, the University Avenue, the joke is that you just learn by osmosis. If you walk down the street, knowledge is just hitting you from everywhere. When you have such a large bunch of people, investors, mentors, start-ups from multiple areas, the neighbourhood, you just learn by talking to other people.”

Not just the promoters, concept initiators and state government but even the entrepreneurs in the state seem to be quite hopeful regarding T-Hub and also feel that it can give their business the required boost.

“The intent has been shown by the TS government to incubate and house more start-ups but to edge out places like Bangalore the T-Hub will have to incessantly work towards creating a thriving eco-system. There are bigger plans yet to be unveiled says the government, so fingers crossed, we could be sitting on the next frontrunner for start-up destinations.”

So India, are you ready for the all new start-up capital?