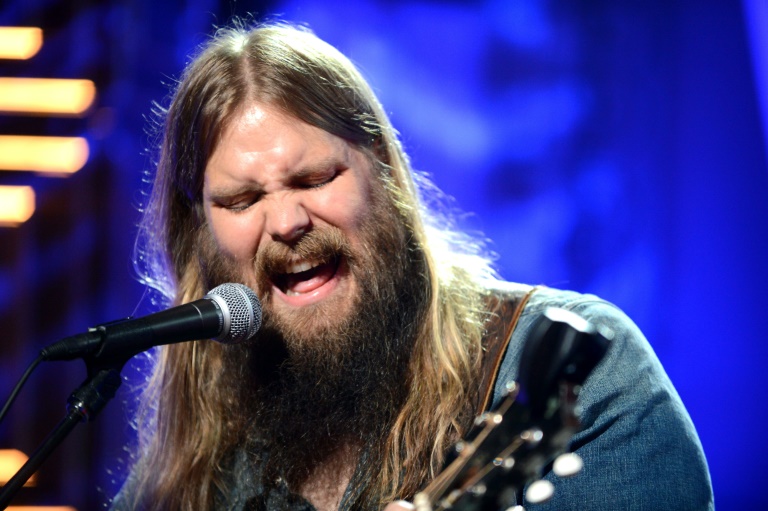 In a sign of the genre’s growing crossover appeal, Stapleton took the stage at the Country Music Association Awards in Nashville to sing a duet with pop superstar Justin Timberlake in the evening’s most memorable performance.

“Traveller,” Stapleton’s first full-length work under his own name, won Album of the Year despite its lack of hit singles, beating out bigger sellers.

Stapleton also won as Male Vocalist of the Year — a category ruled for the past five consecutive years by Blake Shelton, who was again in contention — and, despite his established songwriting career, New Artist of the Year.

Stapleton, the son of a Kentucky coal miner, dropped out of university and initially worked odd jobs including driving an ice delivery truck with no stable home of his own.

He moved to Nashville in 2001 and quickly became a prolific songwriter. He penned five songs that went to number one for other artists — including one for veteran star Luke Bryan, who on Wednesday won the night’s most prestigious award of Entertainer of the Year.

Stapleton’s previous attempt at solo work was canned by his record label, but he finally in May put out “Traveller,” an album that focuses on his personal and physical voyage.

“In every way that you can have a journey, this record is kind of that for me, and hopefully for some other folks, too,” he told radio show Cafe Nashville when the album came out.

The album includes a cover of “Tennessee Whiskey,” a country classic popularized in 1983 by George Jones.

Stapleton performed the song at the awards with Timberlake, who put on a country inflection to a voice known for its R&B inspiration.

Among other awards, the country quartet Little Big Town won both Single of the Year and Song of the Year for “Girl Crush,” a tale of romantic obsession that was a major country hit and also landed on mainstream charts.

Miranda Lambert once again was Female Vocalist of the Year, a category in which she has reigned since 2010.