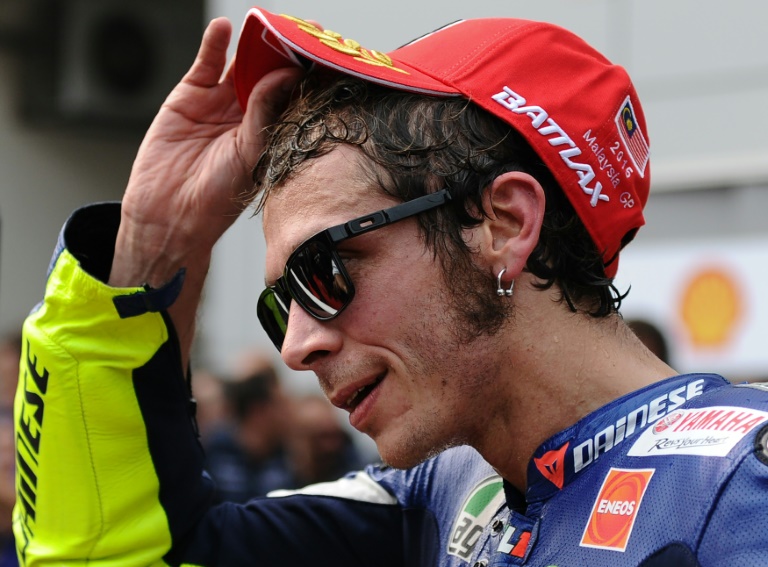 The Court of Arbitration (CAS) for Sport on Thursday dismissed an appeal by Italy’s Valentino Rossi, motorcycling’s former world champion, to set aside his punishment over the “Marquez-kick” incident.

The current championship leader appealed a three-point penalty that forced him to start from the back of the grid in this Sunday’s race in Valencia.

He now faces an upill task to protect a slender seven-point lead over Spanish Yamaha teammate Jorge Lorenzo, as they come to the final race of the season, with defending champion Marquez out of the title running.

“The Court of Arbitration for Sport (CAS) has dismissed Valentino Rossi’s request to stay the execution of the decision issued by the (international motorcycle federation) on 25 October 2015,” a decision from the Lausanne-based tribunal said.

But Rossi denies kicking defending champion Marquez, claiming instead that he is the victim of a Spanish plot.