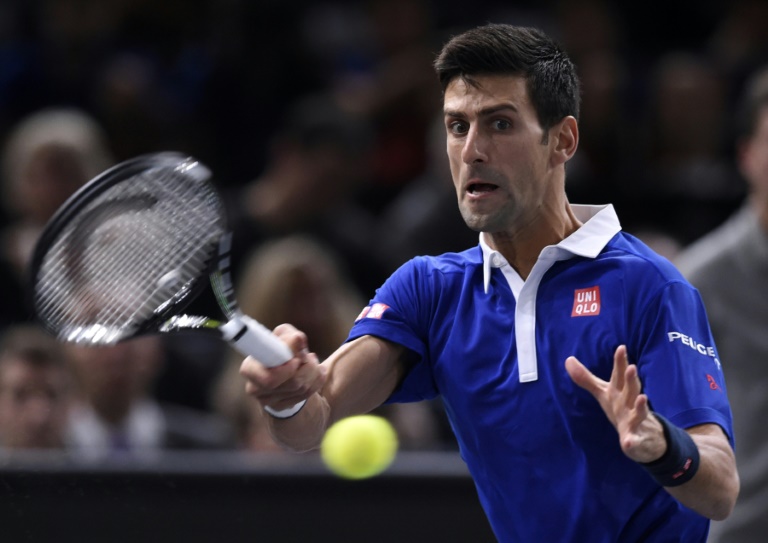 Novak Djokovic defeated Gilles Simon 6-3, 7-5 to record his 19th straight win and reach the quarter-finals of the Paris Masters on Thursday.

It was far from being the world number one’s most commanding performance of late, but it meant he has not dropped a set since the US Open final against Roger Federer in early September.

He has now won 26 sets in a row, taking him past his own previous best of 24 sets which he achieved in early 2014.

The Serb, who has won three of the four Grand Slam titles and five of the eight Masters 1000 series titles so far contested this year, even allowed himself the luxury of dropping serve five times against the wily Frenchman.

But on each occasion he immediately struck back to prevent Simon from gathering any momentum.

The third round tie was at its best at the start of the second set, which opened with seven straight breaks of serve before Djokovic finally held to get the breathing space he needed.

Remarkably, he failed to serve out for the match at 5-4 up, but then ran off the next two games to extend his unbeaten run.

Djokovic will next play the winner of the tie between Jo-Wilfried Tsonga and Tomas Berdych for a place in the semi-finals of a tournament he has won three times previously, including the past two years.