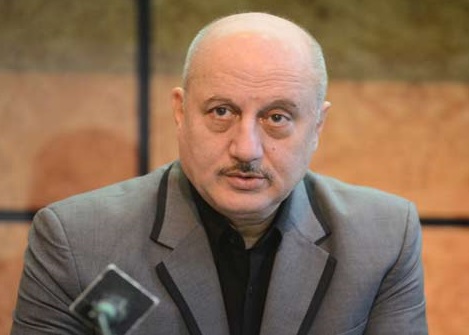 Hyderabad: In the wake of the rising rage of intolerance across the nation, veteran actor Anupam Kher has said that a delegation will move from India Gate in the national capital to the Rashtrapati Bhawan on November 7, including himself and his aides and submit an application to President Pranab Mukherjee claiming that the country is very tolerant and is going through a great phase.

The announcement came two days after Congress president Sonia Gandhi led a protest march against the ‘rising intolerance in the country’ to the Rashtrapati Bhavan and submitted a memorandum to the President.

“If we look back, there have been many such instances which we can name as a very ‘intolerant’ phase. Emergency was one such instance. There is no country in the world that can say that ‘we are a very tolerant state’. So all the people who have made ‘intolerance’ a slogan, I want to tell them that we live in a very free state,” Kher said.

He also defended his colleague Shah Rukh Khan by affirming that the latter could not be labelled anti-national at all.

“I don’t think Shah Rukh Khan is anti-national. He has all the right to say what he wants to. I respect his work. As far as dishonouring the nation is concerned, it gets dishonoured itself when newspapers publish article saying the country’s democracy is in danger,” he said.

“These articles should not be published at a time when Prime Minister is trying to get India into the United Nations Security Council (UNSC),” he added.

Shah Rukh Khan had joined the debate swirling around ‘intolerance’ on his 50th birthday, when he told a leading news channel that there was ‘nothing worse than religious intolerance and that it would take India to the Dark Ages’.

“Our religion cannot be defined or showed respect to by our meat-eating habits. How banal and silly is that,” he said, supporting the views of writers, filmmakers and others who have returned their awards in protest against the rising intolerance.