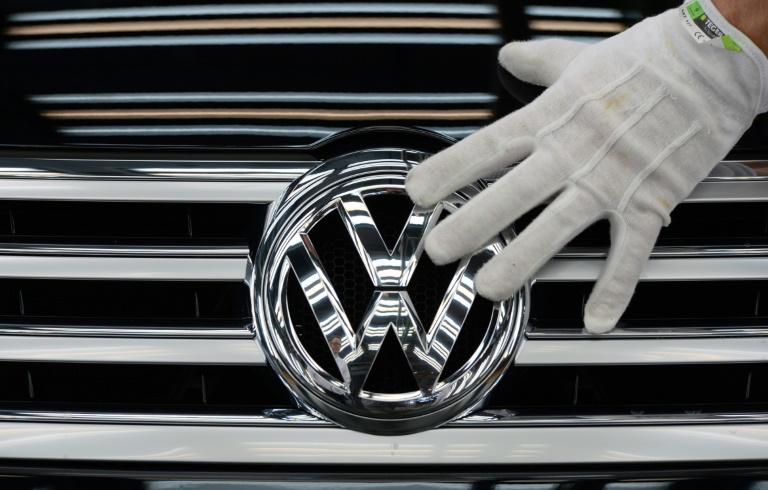 German prosecutors on Thursday launched an investigation into new allegations that Volkswagen lied about the carbon dioxide emissions of up to 800,000 cars, as the auto giant sinks ever deeper into a massive pollution-cheating scandal.

“We have launched a preliminary investigation, but have not yet decided whether to launch a formal inquiry,” a spokeswoman for the public prosecutors in Brunswick, north Germany, told AFP.

That decision would likely be made next week, she explained, adding that the aim of a preliminary probe was to gather and evaluate the available information to determine whether there was sufficient basis for a formal inquiry.

VW is currently engulfed in a massive pollution-scandal that has so far centred on so-called defeat devices, sophisticated software fitted into diesel engines to skew the results of tests for nitrogen oxide emissions.

The carmaker has admitted to fitting 11 million diesel engines worldwide with the rogue software, triggering both regulatory and criminal investigations in a range of countries, including Germany.

But late Tuesday, the embattled auto giant said an internal probe had uncovered “inconsistencies” on carbon emissions as well, affecting not only diesel engines but petrol engines, too.

VW put the number of vehicles affected so far at 800,000 — including 98,000 petrol-driven cars — but the final figure could turn out much higher.

VW has said that the 1.4, 1.6 and 2.0 litre motors of VW, Skoda, Audi and Seat vehicles are affected and these cars had been found to be releasing more CO2 than previous tests had shown.

According to the daily Sueddeutsche Zeitung, the actual amount of CO2 emitted could be as much as 18 percent higher.

Nitrogen oxide is a pollutant associated with respiratory problems. In contrast, CO2 is a greenhouse gas which traps heat from the sun and is blamed for man-made climate change.

Tackling CO2 is becoming a rising priority in many countries, especially in Europe, where cars are often taxed according to their carbon emissions.

If the prosecutors do decide to launch a formal inquiry into the CO2 allegations, it will be completely separate from the other investigation into the diesel engine manipulation, the spokeswoman said.

The new affair could also have serious financial consequences for VW, already facing tens of billions of euros in potential fines and lawsuits from the diesel engine manipulation scam.

Cars are taxed in Germany depending on how pollutant their engines are.

So, if VW deliberately understated the CO2 levels, the state coffers have been duped out of many millions of euros in tax revenues.

Transport minister Alexander Dobrindt insisted that the car owners themselves should not be expected to make up the difference as they had been deceived by VW.

The environmentalist Green party went so far as to accuse VW of systematic tax fraud.

According to the ecologist NGO Deutsche Umwelthilfe, other makers also lie about their carbon emissions. And it put the shortfall in tax revenues for the sector as a whole, not just VW, at as much as 1.8 billion euros in 2015 and 2.2 billion euros in 2016.

Presenting the government’s latest tax estimates for next year in Berlin, Finance Minister Wolfgang Schaeuble said that the exact amount of the shortfall could not yet be foreseen.

The revelations have hit VW hard. It lost nearly 40 percent in market capitalisation since September, when the scandal broke.

The finances of both VW and the holding company Porsche SE, which holds a stake of 32.4 percent in the carmaker, are being squeezed, too.

Last week, VW booked its first quarterly loss in more than 15 years as it set aside 6.7 billion euros to cover the initial costs of the scandal.

Separately, Porsche SE said Tuesday’s revelations could have a “negative impact” on its own results.

The scandal also appears to be hitting VW’s sales.

In Britain, the German group saw the number of deliveries to customers slump by 10 percent in October, according to data released on Thursday.