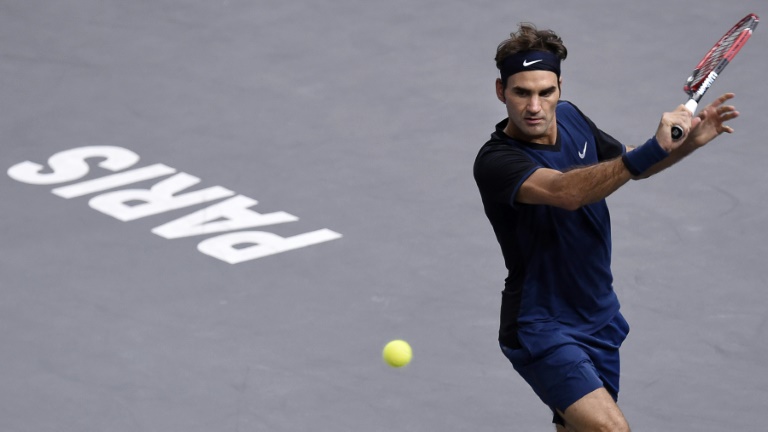 Roger Federer and Rafael Nadal both made short work of their second round opponents to reach the last 16 at the Paris Masters on Wednesday.

Between them, the two tennis greats have just one win in what is traditionally the last of the year’s nine Masters 1000 series events, that coming in 2011 when Federer defeated Jo-Wilfried Tsonga in the final.

Nadal, who has missed the tournament several times through injury, reached the final in 2007, but lost.

But the manner of their play on Wednesday sent a clear message to their rivals that they are both primed for success this year.

Federer produced a near-perfect display to open his campaign with a 6-1, 6-1 win over Italian Andreas Seppi.

Playing for the first time in the refurbished Paris Bercy indoor stadium where the capacity has been increased to over 20,000, Federer was sharp from the start.

He led 4-0 after just 10 minutes and had pocketed the first set 6-1 nine minutes later.

It was all too fast and fiery for a bewildered Seppi who dropped his serve again to fall 2-0 down in the second.

It was all one-way traffic as Federer quickly put Seppi out of his misery, winning in just 47 minutes.

He next goes up against John Isner for a place in the quarter-finals, the giant American getting the better of Britain’s Aljaz Bedene 6-3, 7-6 (7/3).

Rosol famously stunned Nadal at Wimbledon in 2012 and he took the Spaniard to a third set tie-break at the same stage of the tournament in Basel last week.

But he was outplayed from start to finish by the seventh seed, who has never won the Paris hardcourt tournament in contrast to his dominance on clay on the other side of the city at the French Open where he has won nine times.

Nadal goes on to play the winner of the tie between South African Kevin Anderson and Austrian youngster Dominic Thiem on Thursday for a place in the quarter-finals.

The Spaniard, who has had a testing year with injuries and loss of form, believes that his improving game is still a work in progress with next year in the back of his mind.

“The thing that I need to keep improving is obviously the serve,” he said.

“I am returning much better. That’s a very important thing for me. But I have to keep working on that. The return can be a big change for me next year.

“And I have to keep working hard on my first serve and second serves. Today was a good day of serve. I served well. Need to keep practicing every day a little bit of my serve.”

In keeping with the rapid-fire action, Andy Murray stormed through with a 59-minute, 6-1, 6-2 hammering of Croatian youngster Borna Coric.

By a quirk of fate that win set up a last-16 round encounter with David Goffin, who will be the main obstacle in Murray’s path in Belgium later this month when he tries to win a first Davis Cup for Britain since 1936.

Goffin moved through with a commanding 6-2, 6-2 disposal of Dusan Lajovic of Serbia.

The Scot has made it clear that, with the end of the season in sight, his priority is to give Britain its first Davis Cup triumph in 79 years with a victory over the Belgians on clay in Ghent.

But before then he has to negotiate the last two events of the ATP season, both on hardcourts, at Paris and the World Tour Finals in London.

It’s not an easy task with the punishing change of surfaces to handle, and it nearly floored Federer at the same time last year before he and Swiss compatriot Stan Wawrinka finally saw off France in Lille in the Davis Cup final.