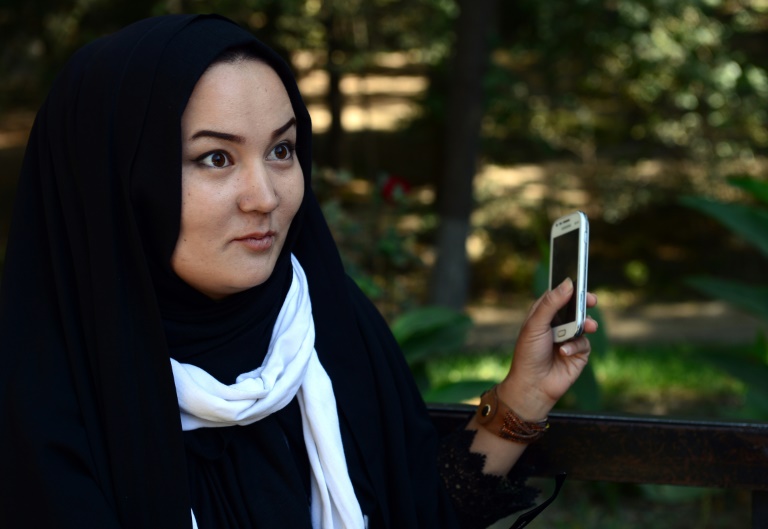 Halfway through the journey home to Kabul, a Taliban militant stopped a bus, boarded, and began making a speech so extraordinary that a 23-year-old woman began to surreptitiously film it on her phone.

The footage, partially obscured by psychologist Fatima Sadat Alawi’s fingers as she tried to hide what she was doing, offers rare insight into what appears to be a “charm offensive” by the insurgents as they attempt to shed their brutal image in the minds of ordinary Afghans.

It shows the thickly bearded and turbaned militant speaking gently in a mix of Dari and Pashto, Afghanistan’s two national languages.

“Peace be upon you, I hope you aren’t too tired, welcome,” he begins, exchanging a few words with passengers before requesting any government employees — taken to mean officials as well as soldiers — to “please resign” from their posts.

“Do not be worried,” he tells the group, before adding: “Some people say the Taliban are cannibals, I am a Taliban, but not a cannibal. But I would eat the heads of the Americans.”

Video of the incident, which took place in late October at a Taliban checkpost in Baghlan province as Alawi travelled home from the northern city of Mazar-i-Sharif, went viral after she posted it on her Facebook page.

“I was very anxious,” recalls Alawi.

Now a psychologist, she grew up as a refugee in Iran in the late 1990s during the Taliban’s brutal reign in Afghanistan.

“My perception about the Taliban was formed by their actions, like the suicide attacks they carry out in Afghanistan,” which kill many civilians, she says.

Once safely in Kabul, she showed the video to friends who found it “very interesting”. After three days, she uploaded it to her Facebook page, with most commenters telling her things like “you are a brave girl”, she said.

The Taliban, meanwhile, do not seem to have taken notice of the attention the video is attracting — a relief for the young woman, who, despite the militant’s gentle speech, does not believe the group have changed their violent methods.

Alawi’s scepticism was solidified following the insurgents’ brief capture of northern Kunduz city in late September, where they set fire to a refuge for women and, according to residents, sacked a girls’ school and vandalised the offices of a women’s rights agency.

“If the Taliban come back… based on what happened in Kunduz, I would be very scared,” she said.

– ‘Gap between words and actions’ –

Female, young, educated, and a member of a minority Shiite subsect, Alawi is everything the Sunni Taliban have traditionally hated.

During their five-year hold on power, which was ended in 2001 by a US-led invasion, they were widely condemned for their treatment of women.

“We were not allowed to go out without a male companion. We could not go to school,” recounts Hasina Safi, director of the Afghan Women’s Network.

She is far from convinced by the video — or by the rhetoric of new Taliban leader Mullah Akhtar Mansour, who in September described modern education as a “necessity”.

“There is a huge gap between words and actions,” she said, citing the recent alleged violence in Kunduz.

Beyond Mansour’s speech, the Taliban ordered fighters to help victims and provide aid to charities after last month’s 7.5 magnitude earthquake in the country’s north that left thousands homeless.

They also denied claims of atrocities in Kunduz, and used their official Twitter account to blast the US for its bombing of a Doctors Without Borders hospital which left 30 people dead, contrasting the attack with their own “protection” of aid workers.

Alawi says she does not believe the Taliban can overthrow the government by force, so they “want to win the hearts of civilians and prove that if they were in power, they would govern better” than President Ashraf Ghani.

She is now considering leaving Afghanistan — even though the Taliban appear to be uninterested in what she has done.

Many people tell her that “staying puts us all in danger, my family and me,” she sighs.