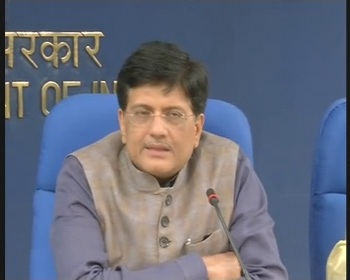 The Cabinet Committee on Economic Affairs (CCEA) today approved an increase in the minimum support prices (MSPs) for Rabi crops of 2015-16 season to be marketed in 2016-17.

The decision was based on recommendations of the Commission for Agricultural Costs and Prices (CACP) for the Price Policy for Rabi Crops for the Marketing Season 2016-17.

CACP, which is an expert body, takes into account the cost of production, overall demand-supply, domestic and international prices, inter-crop price parity, terms of trade between agricultural and non-agricultural sectors, the likely effect of the Price Policy on the rest of economy, besides ensuring rational utilization of production resources like land and water, while recommending MSPs.

The CACP being the expert body, its recommendations are generally accepted as such. However, in view of the gap in the demand and domestic supply of pulses, the Cabinet has decided to give a bonus of Rs.75/- per quintal for rabi pulses over and above the recommendations of the CACP. This is expected to give a strong price signal to farmers to increase acreage and invest for increase in productivity of pulses.

The prices would be effective from the Rabi marketing season 2016-17. The higher MSPs would increase investment and production through assured remunerative prices to farmers.