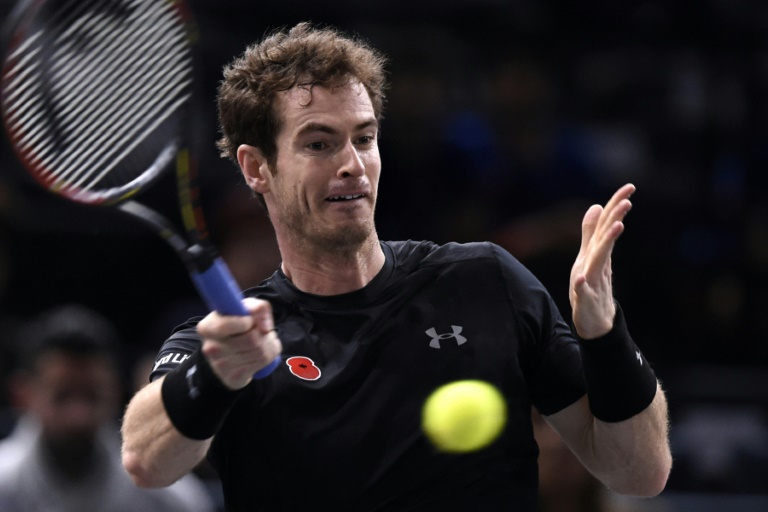 Andy Murray gives a tennis lesson to David Goffin at the Paris Masters on Thursday, three weeks before the two are due to go head-to-head in the Davis Cup final between Britain and Belgium.

It was vintage Murray as the Scot dominated from the opening exchanges, sweeping a bewildered opponent aside 6-1, 6-0 in just 53 minutes to reach the quarter-finals.

The two had met just once before, Murray winning in straight sets in the first round at Wimbledon 2014, when he was defending the crown he won in dramatic fashion the previous year.

That was on grass, while the Davis Cup final from November 27-29 in Ghent will be on clay, which the Belgians chose, believing it gives them a better chance of countering the world number three.

Thursday’s match-up, in contrast, was on a hardcourt, but there were valuable psychological points to be won with the final in mind.

Those went totally to Murray, who will now go on to play either Kei Nishikori of Japan or Richard Gasquet of France on Friday for a first ever Paris Masters semi-final appearance.