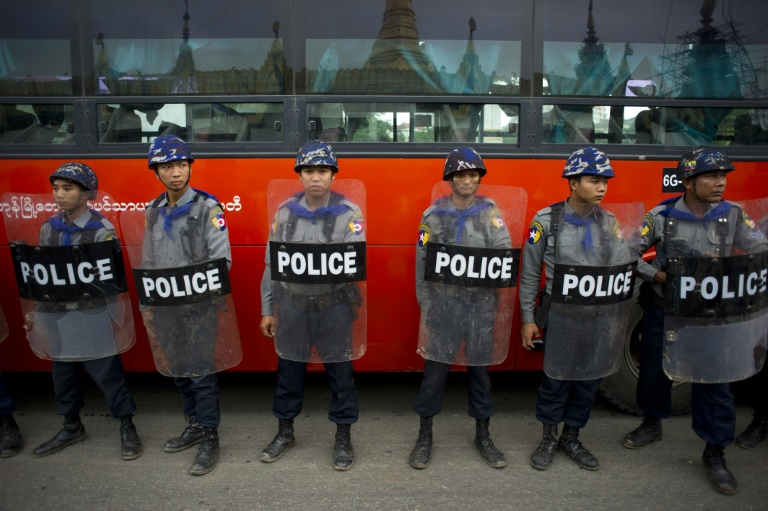 A Myanmar student leader has been arrested just days ahead of landmark polls, a relative said on Thursday, after another activist was detained for rallies in March that sparked fears of a return to junta-era tactics.

The arrest of Lin Htet Naing, also known as James, comes as anticipation builds for Sunday’s general election, billed as the freest and fairest in decades.

James was arrested in Insein township in Yangon on Tuesday evening, Ne Win, his father-in-law, told AFP, nearly eight months after protests in the central town of Letpadan and Yangon calling for education reform.

“He faces five charges,” said Ne Win, without elaborating on the details. “He will appear at court today and tomorrow.”

Like Kyaw Ko Ko — president of the All Burma Federation of Student Unions who was detained last week — James has been in hiding from police since the March protests, which were brought to an end in a violent crackdown.

A police officer, who did not want to be named, confirmed the arrest.

“(James) was arrested in Insein on a bus. He’s in Insein prison now and will have to face charges,” the official said.

More than 50 students are already detained and awaiting trial near Letpadan over the education reform protests, as rights groups accuse Myanmar of returning to tactics of suppression used under military rule.

President Thein Sein’s government has been widely praised for its raft of political and economic reforms, leading to the removal of most Western sanctions, but is increasingly coming under fire for backsliding on human rights issues.

In a rare call in September, Myanmar’s national human rights body urged the government to take legal action against police who beat up education protesters in Letpadan.