Home Music & Entertainment All for Amity’s love for Salman 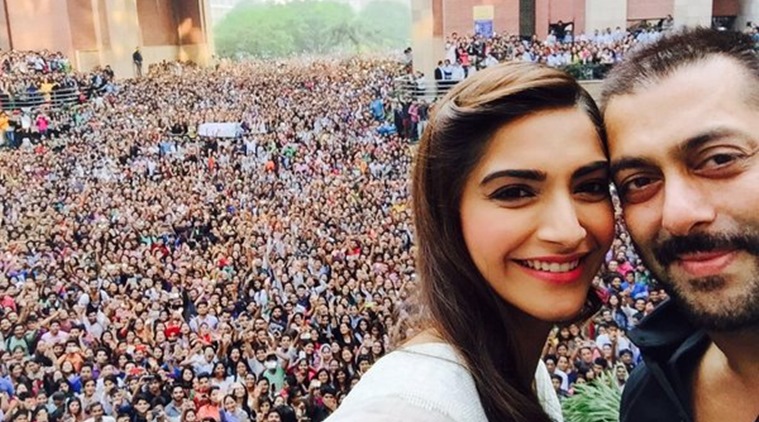 When Salman is in town then there have to be loud cheers and whistles from everywhere. And the same thing happened when Salman and Sonam reached Amity University, Noida campus to promote their upcoming film ‘Prem Ratan Dhan Payo’.

The students of the university went crazy after seeing Sallu bhai’ in front of them and Sonam also got excited as she has never witnessed such fan frenzy ever in her career. 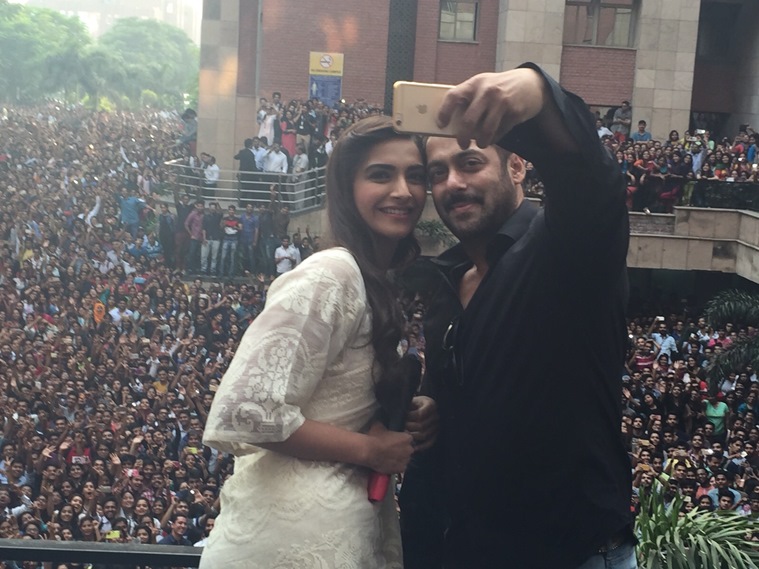 In order to thank his fans, Salman posted a selfie on Twitter of him and Sonam, along with huge crowd which were present at the event and wrote, “Thank you for all the love that the students of Amity University Noida has given to @sonamakapoor and me. Big hug.”

Thank you for all the love that the students of Amity University Noida has given to @sonamakapoor and me. Big hug pic.twitter.com/cx4cEPiSyr

And Sonam also took to her Twitter handle and shared these videos.

Shaking a leg to #PremRatanDhanPayo with @BeingSalmanKhan. The crowd at Amity College was unreal pic.twitter.com/nGh5GqswHy