Home Cityscape Your capital is dying Mr PM, do something 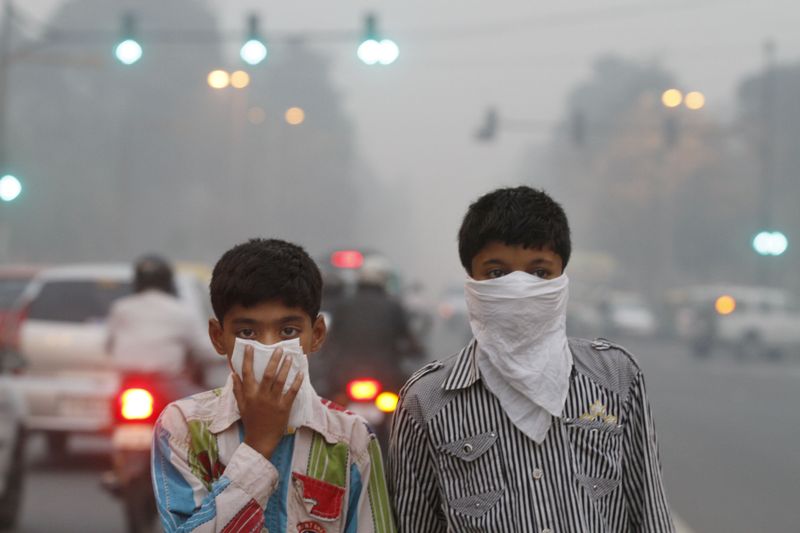 Air quality in Delhi continues to deteriorate, resulting in dipping of temperature in recent days.

According to a leading daily, air pollution on Wednesday was at alarming levels in parts of the city.

The fine particles pollutants was found between 200 -500 micrograms per cubic metre from morning till noon, that is three to eight times the national safe standard, as reported by Times of India.

According to a senior IMD official, the smog is a result of falling temperature, moisture and calm wind movement. There is no possibility of wind blowing away the pollutants at least before November 5.

“The minimum as well as the maximum temperature has come down considerably. These coupled with moisture and lack of wind have made the particles stagnant. The situation may worsen during diwali,” the official said.

Met officials have said that no respite from the smog could be expected in coming days.

Data from Gurgaon and Noida showed that the intensity of the pollution was high across the NCR region.

According to experts, the pollution level have increased due to Punjab farm fires, local emmission and other meteorological conditions.
Delhi has remained shrouded in a blanket of smog since the night of October 30 due to uncontrolled burning of paddy stubbles by farmers in Punjab.

Prime Minister Narendra Modi, for the sake of citizens of Delhi NCR who are breathing deadly air, NewsMobile team appeals you to please do something. We will do our bit to clean the environment.