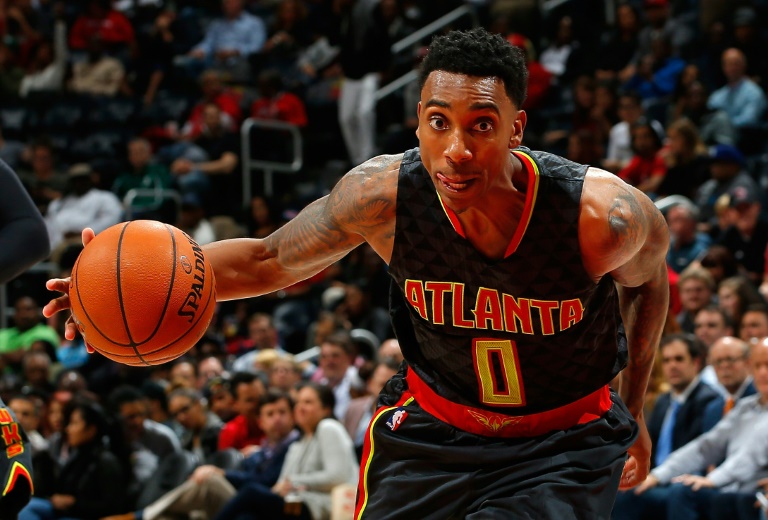 The Hawks used a first half scoring burst and then held on with a strong defensive performance to extend their modest win streak after dropping the first game of the season.

“Our first game wasn’t good but we have got better and we just try to keep improving each game,” said forward Al Horford, who has attempted 18 three pointers through the first five NBA games of the season.

Atlanta improved to 4-1 and earned their seventh consecutive win over their Southeast Division foe.

Horford finished with 17 points and 13 rebounds, and forward Paul Millsap added 12 and 10 for the Hawks, who shot 41 percent from the field.

Miami dropped to 2-2 and they made just five-of-28 from beyond the arc.

Center Hassan Whiteside carried the Heat offense, scoring 23 points on 11-of-12 shooting from the field. The rest of the Heat players shot just 36.4 percent.

Whiteside also grabbed 14 rebounds while Miami guard Dwyane Wade, who went into the locker room midway through the third quarter for undisclosed reasons and returned with 4:12 left, finished with 21 points.

Wade missed a free throw Tuesday for the first time this season. He had converted his first 24 attempts.

A 16-2 run to start the second quarter put the Hawks ahead by double digits. Atlanta held Miami to seven-of-24 shooting from the field in the quarter and led 51-40 at halftime.

The Heat bench was non-existent until late in the third quarter. The first field goal from a Miami non-starter came with 2:20 remaining in the third quarter, but the bench provided the spark early in the fourth as Miami clawed their way back into the game.

The Heat cut a 14-point lead after three quarters to 79-75 with a 10-0 run to start the fourth, but the Atlanta closed it out defensively and drained their free throws.

Rodney Stuckey came off the bench to score 23 points and the Indiana Pacers notched their first victory of the season by downing the previously unbeaten Detroit Pistons 94-82 at The Palace arena in Detroit.

Jeremy Lamb scored 20 points to lead seven players in double figures, and the Charlotte Hornets notched their first victory of the season by routing the visiting Chicago Bulls 130-105.