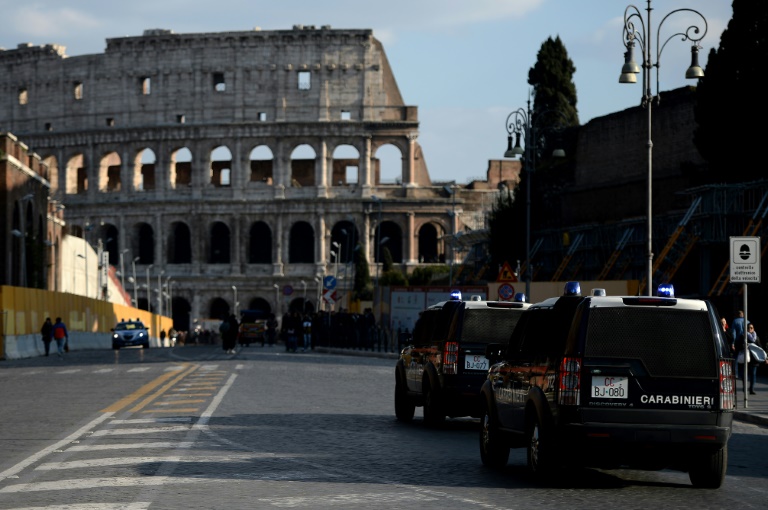 The alleged ringleaders of Italy’s newest mafia go on trial Thursday in a landmark case set to highlight systemic corruption in Rome and serve as a litmus test of the country’s battle against organised crime.

Massimo Carminati, a one-eyed gangster with a history of far-right links, stands accused with more than 40 alleged accomplices of operating a network that stole millions of euros from the city of Rome.

The racketeering contributed to the crumbling state of the capital’s infrastructure, strained its public services and helped bring down its mayor.

Among those brought to trial are local politicians, businessmen and city officials.

All are allegedly implicated in rigging tenders and other schemes designed to siphon off cash destined for public services ranging from rubbish collection to the reception of newly arrived refugees.

Hundreds more, including former mayor Gianni Alemanno, have been investigated in a case dubbed “Mafia Capitale” by prosecutors in charge of the biggest anti-corruption operation Italy has seen since the “clean hands” campaign of the early 1990s led to half the country’s lawmakers being indicted for taking bribes.

John Dickie, a British mafia historian and professor of Italian Studies at University College, London, said the case represented a significant precedent in the application of custom-made legislation that has been used effectively to combat the traditional mafias of southern Italy to a new organisation.

“It is a very important case,” he told AFP.

“If the prosecution case stands up, it will be a sign Italy is able to prosecute new mafias that emerge,” he said.

“Of course there are always two ways of looking at it. On the one hand, Mafia Capitale is a sign of the state doing its job, but at the same time it is also profoundly worrying in what it says about the nature of political power in Italy.”

After an opening day in Rome’s Palace of Justice, the trial will move to the city’s Rebibbia prison, where it is expected to continue at a rate of four hearings per week until next July.

The extent of the criminal infiltration of Rome’s City Hall came to light in December 2014, when police arrested Carminati and 36 other suspects in a surprise swoop.

Such revelations have severely damaged the image of the Italian capital.

Raffaele Cantone, head of the National Anti-Corruption Authority, observed recently that Milan has “become the country’s moral capital, while Rome has shown itself not to have the necessary antibodies” to stop organised crime.

They have also inflamed public anger over the state of Rome’s pot-holed and litter-strewn streets and its failing public transport system.

These factors were widely seen as having contributed to the city’s centre-left mayor, Ignazio Marino, being forced to resign last month.

Marino was not suspected of any personal involvement in Mafia Capitale-related wrongdoing.

But he was unable to escape the fallout, with some commentators suggesting his determination to clean up the way the City does its business created a clash with vested interests that led to his downfall over a minor expenses scandal.

Carminati, who is being held in a high-security prison in northern Italy and will not attend the opening hearing for security reasons, has been described by local media as “the black soul” of Rome’s underworld.

He was given a 10-year prison term in 1998 for membership of an infamous criminal gang, the Magliana crew, which wielded enormous influence in Rome in the 1970s and 1980s.

Now 57, he is also a former member of the Nuclei Armati Rivoluzionari (Armed Revolutionary Nuclei), a far-right group that was involved in the 1980 bombing of Bologna railway station which left 85 people dead. He lost his left eye in a 1981 shoot-out with police.