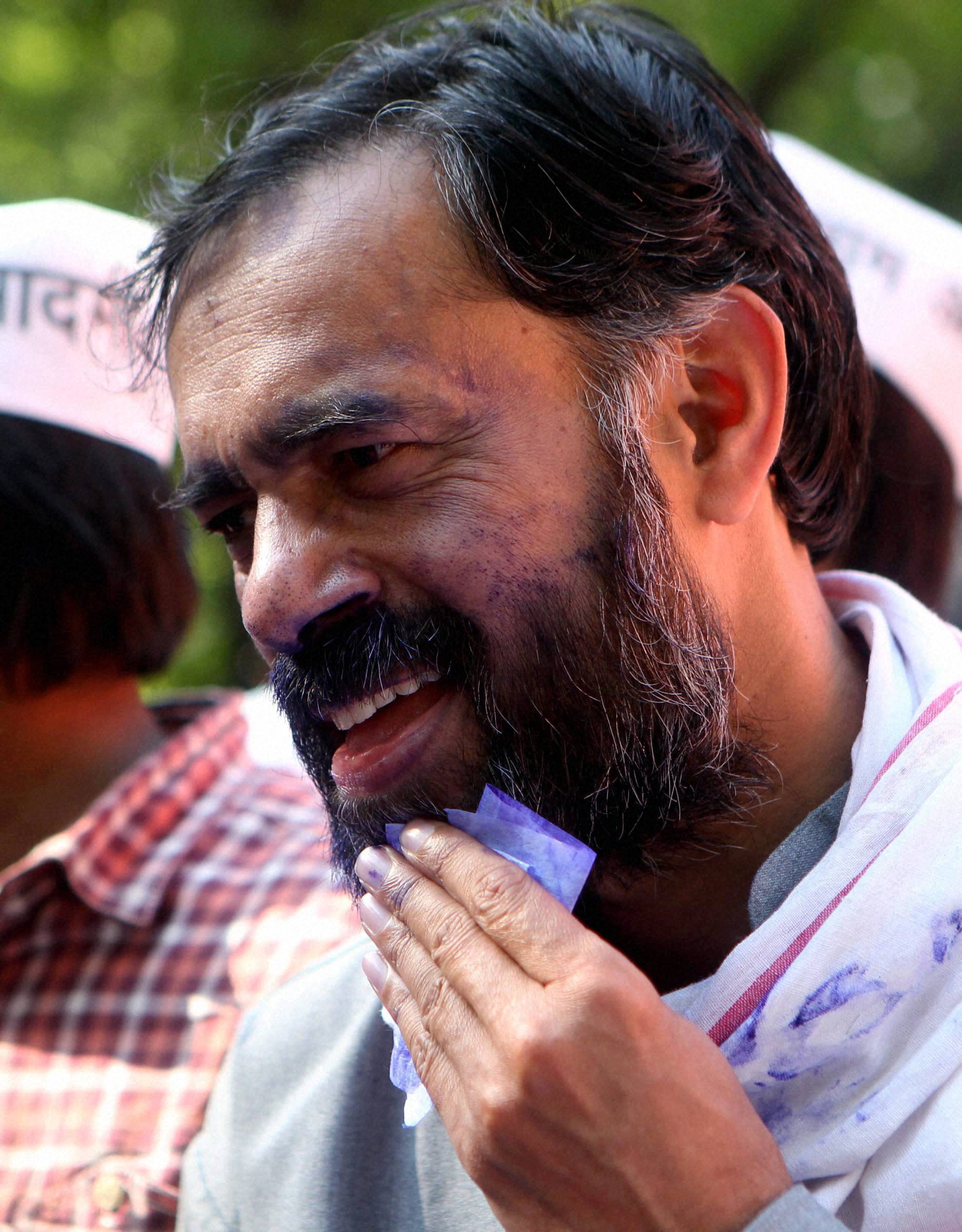 Swaraj Abhiyan leader Yogendra Yadav on Tuesday spent a night with the protesting students who are campaigning against the scrapping of non-NET fellowships.

The protests, popularly known as the ‘Occupy UGC’ movement, are against the University Grants Commission’s (UGC) October decision to discontinue the non-National Eligibility Test (NET) fellowship scheme. Yadav and other members of the Abhiyan like former Aam Aadmi Party (AAP) leaders Anand Kumar, and Prashant Bhushan were also present at the protest venue in support of the cause. Suspended AAP MP Dharamvir Gandhi was also seen the venue.

Effigies of union Human Resources Development Minister Smriti Irani and West Bengal Chief Minsiter Mamata Banerjee were burnt in the protests as a mark of protest .

Gandhi accused the government of being anti-people, and of cutting funds in education. While discontinuing the non-NET fellowships the UGC had cited shortage of resources as the reason.

Yadav said, addressing the gathering, that the student’s movement was getting support from all sections of society, and that the government was losing its credibility in the long run, by being insensitive to the research scholars’ demands.