Home Sports Nishikori too strong for Chardy in Paris 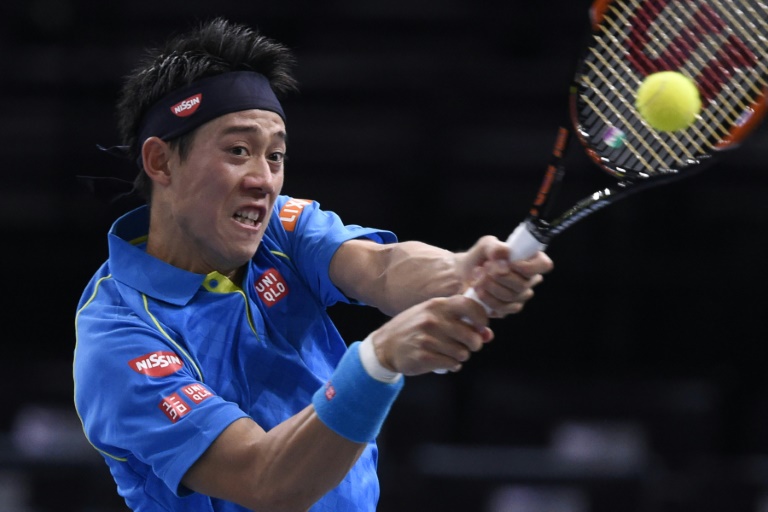 The 25-year-old Japanese world number seven was a semi-finalist in Paris last year, losing to eventual winner Novak Djokovic, and he has been in solid form this year with three title wins.

But he missed the Swiss Indoors tournament in Basel last week with a sore shoulder and he had his hands full in dealing with the big-serving Chardy.

Nishiori edged the opening tie-break and it looked like he could do the same in the second, only for Chardy to save two match points en route to levelling the score.

Asia’s top player and US Open runner-up last year, rebounded well in the third set, however, reeling off six straight games from 0-1 to claim victory in two hours and 26 minutes.

Nishikori goes on to face another Frenchman, 10th seed Richard Gasquet, who eased past Leonardo Mayer of Argentina 6-2, 7-5.

“I think it’s been a pretty good year,” said Nishikori. “I really started well this year and had a good result in Australia … and winning three titles this year.

“So I think it can be one of the best years so far and playing a lot more matches than these couple years.

“Last year I had a US Open final and there were other big results too, but I think this year is more patient and I had a good, decent year.

“So I hope I can finish very strong these two remaining tournaments.”

In other second round match-ups, Bulgaria’s Grigor Dimitrov upset former US Open champion Marin Cilic of Croatia 7-6 (7/3), 7-6 (7/2), and Belgian number one David Goffin was too good for Dusan Lajovic of Serbia, winning 6-2, 6-2.