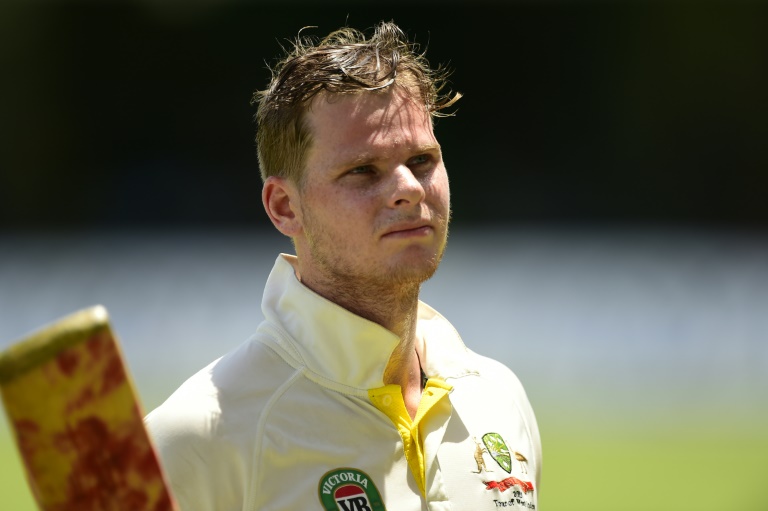 Steve Smith pledged to maintain Australia’s aggressive approach and lead by example on Wednesday as he takes charge as full-time captain in the Test series opener against New Zealand in Brisbane.

Smith echoed opener David Warner when he derided New Zealand’s “nice guy act”, but he said hostilities would be put on hold — for one Test only — when the teams share a dressing-room beer after the Brisbane Test as part of Anzac commemorations.

Smith filled in as skipper for the injured Michael Clarke in three Tests against India in the 2014-2015 home series, but he now has the job in his own right following Clarke’s retirement.

The 26-year-old has become the world’s number two batsman behind England’s Joe Root after a phenomenal seven Test centuries in the last 11 months, and is looking to continue that form against the Kiwis.

“For me as a leader my philosophy is to make sure that I am leading from the front, that’s really important to me,” Smith told a Test-eve media conference at Brisbane’s Gabba ground.

“I think last year when I got the opportunity to captain I did that and I would like some of the same results as last year.”

Following the example of Clarke and coach Darren Lehmann, Smith said he would make sure Australia continued as a hard-nosed team.

“We’re just going to go out and do what we’ve done so well in Australia the last couple of years. We’re going to continue to play a hard, aggressive brand of cricket, and we’re not going to cross that line,” he said.

In contrast to the more accommodating approach of Brendon McCullum’s Kiwi team, Smith left no doubt how the Australians would tackle the three-Test series.

“They’ve come over and they’re playing that nice guy act again, but we are going to continue to play the hard, aggressive brand that we play so well,” Smith said.

The feisty Warner on Tuesday chided the Kiwis for inviting the England team into their dressing room for beer during a Test match in England this year, which he said was “not common — you do it after a Test series.”

But Smith said that after he and McCullum laid a wreath in Brisbane to mark the centenary of the Australia and New Zealand Army Corps (Anzac), he had invited the New Zealand team into the Australian dressing-room for a drink after the Gabba Test.

“It’s basically only for this Test match, because I think it’s a special week, a 100 years since the first world war,” Smith said.

“So we’re going to invite them in for a drink, it’s a special week.”

New Zealand are chasing their first series win in Australia for 30 years. No team has beaten Australia at their Gabba fortress since 1988.