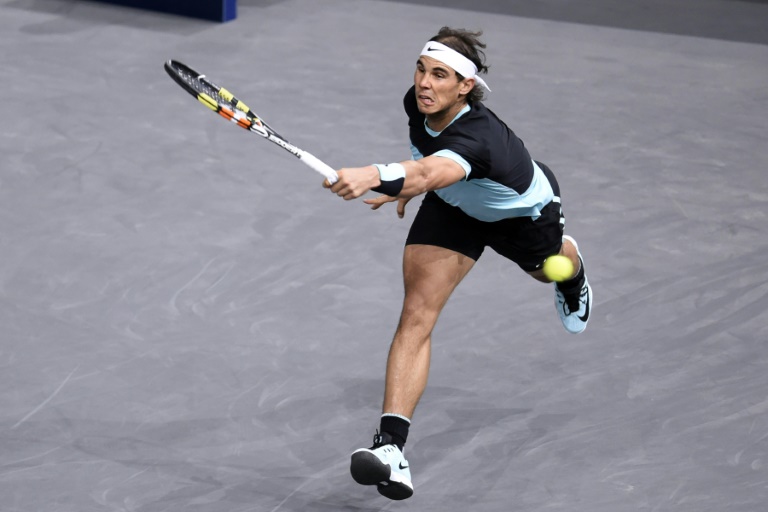 Rafael Nadal made short work of Lukas Rosol at the Paris Masters on Wednesday, defeating the big-serving Czech 6-2, 6-2 for a place in the last 16.

Rosol famously stunned Nadal at Wimbledon in 2012 and he took the Spaniard to a third set tie-break at the same stage of the tournament in Basel last week.

But he was outplayed from start to finish by the seventh seed, who has never won the Paris hardcourt tournament in contrast to his dominance on clay on the other side of the city at the French Open where he has won nine times.

Nadal won the first three games and then broke again in the fifth game to stamp his authority on the tie.

The 14-time major tournament winner kept the pressure on in the second set and it took a toll on Rosol who handed the Spaniard another break to lead 3-1 with a wild forehand which sailed wide.

There was no way back for Rosol as Nadal finished him off in just 61 minutes.

Nadal goes on to play the winner of the tie between South African Kenny Anderson and Austrian youngster Dominic Thiem on Thursday for a place in the quarter-finals.