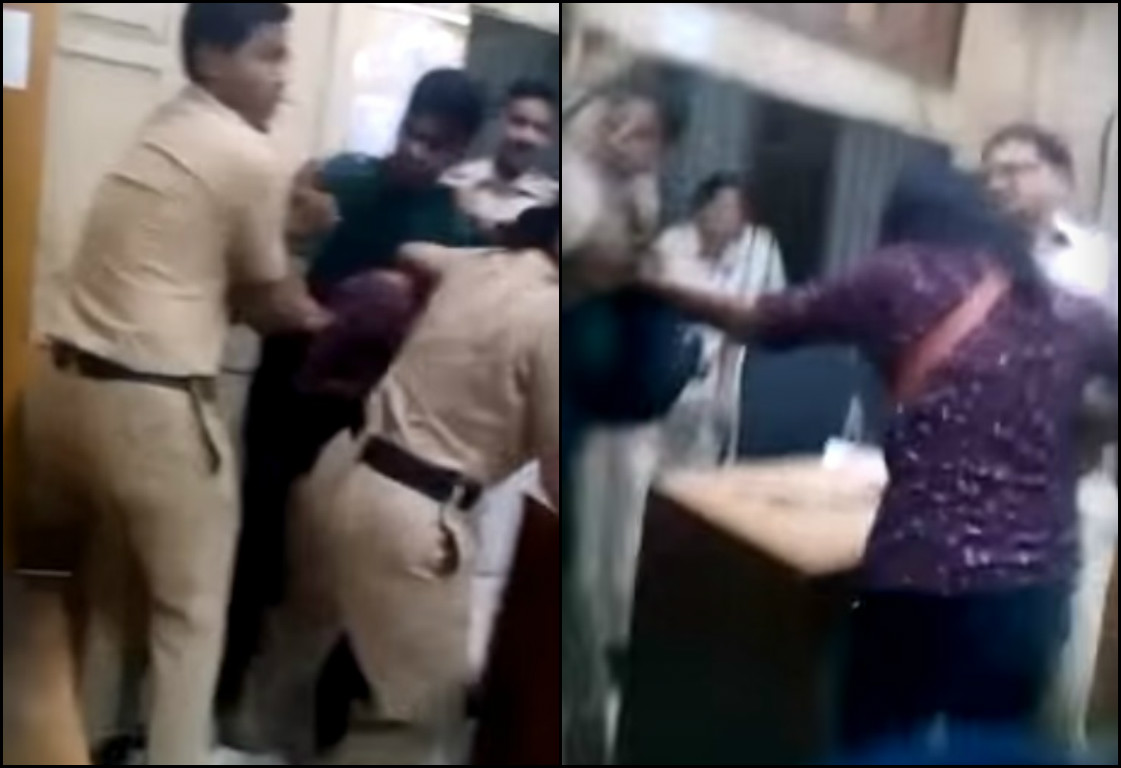 Mumbai: Mumbai cops are hogging the headlines these days thanks to their moral policing and after being condemned for the shocking video where Andheri Police constables were seen brutally thrashing a couple, the Mumbai Police on Wednesday attempted to downplay the entire episode and said that the cops were trying to contain the couple who were fighting while ‘intoxicated’.

“The woman and her friend were totally drunk and were creating a scene right in front of the police station. They were brought in where they continued to hurl obscene remarks at each other after which the police officials tried to separate them,” District Commissioner of Police Vinayak Deshmukh told ANI.

He added that the couple was taken to the hospital where it was confirmed after the tests that they were intoxicated, but were let off after their parents requested that no legal action must be taken against them.

An FIR was lodged against the constables of the Andheri Police station after the men in uniform were filmed abusing and beating a young couple.

Ghulam Maqbool Sheikh, an eyewitness to the brutality, said the woman was slapped repeatedly by the cops until she was bleeding.

Sheikh, who works for an NGO, filmed the entire incident on camera and demanded action against the cops.

“We are going to file an FIR against the cops involved in the attack on my clients at the Andheri Police station at 12:30 a.m on November 2nd. The couple were thrashed by the cops including the woman constable and were also illegally detained in the lock-up. They were also taken to the hospital for an illegal medical examination and we have the certificate as proof,” Nitin Satpute, the lawyer of the complainant told ANI.

This is the second instance in a month where the Mumbai cops have come under the scanner for their brutality.

Earlier, two Muslim youth were told to go to Pakistan by a police constable inside the Bandra police station before being brutally assaulted in custody.