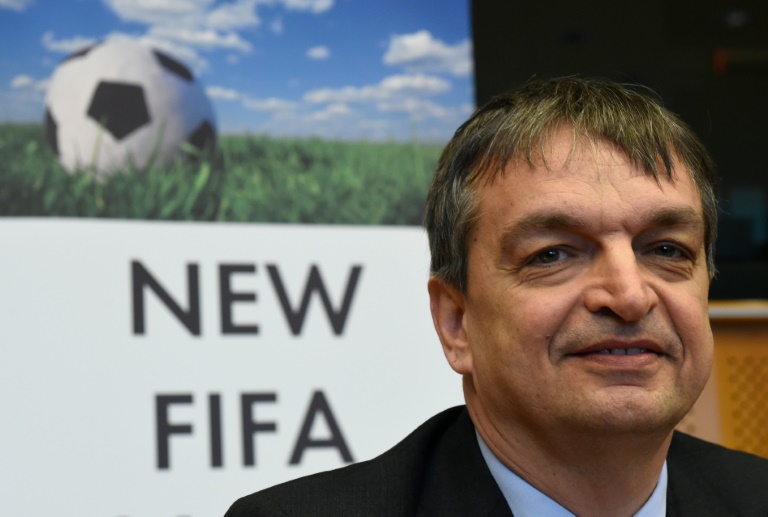 FIFA presidential candidate Jerome Champagne claimed in an interview published on Tuesday that he has the backing of Brazil legend Pele.

The 57-year-old former French diplomat is one of seven candidates in the running to succeed scandal-tainted out-going incumbant Sepp Blatter in February’s election in Zurich.

“I have the pleasure and honour to publically confirm for the first time that Pele will support me in this election,” Champagne told the Tuesday edition of the Estadio de Sao Paulo newspaper.

“He’s just turned 75 and I admire him,” said Champagne about Pele, a man he claimed to have met when he was the French diplomat to Brasilia.

“We’re discussing how he’s going to participate. The most important thing is the advice he’ll give me.

“He has a very important role in football: he supported the South Africans for the 2010 World Cup and he has an important vision about players and transfers.

“We’re in telephone contact and we’ll very soon give details about all that.”

Champagne joined FIFA in 1999 and rose to become general secretary under Blatter before leaving in 2010.

He also worked as a journalist for France Football, the magazine which created the Ballon d’Or award.

Champagne commented on how he intends to shake up the way FIFA is run, in particular with regards to future World Cup tournaments.

Referring to last year’s event in Brazil, prior to which the South American country saw massive protests against the cost of staging the World Cup, Champagne said FIFA needs to be more sensitive.

“The (2014) World Cup opened people’s eyes… FIFA needs to be more humble, more sensitive and cannot impose itself on a country.

“We have to think more about the social impact of the World Cup, otherwise we’re going to have a lot of problems convincing democracies to organise the event.”

FIFA is in the midst of an unprecedented corruption scandal that has seen president Blatter, vice-president Michel Platini, who is also UEFA president, and general secretary Jerome Valcke each suspended for 90 days as the world football body’s independent ethics committee investigates various allegations of impropriety.

Other former officials such as American Chuck Blazer and Jack Warner of Trinidad and Tobago have been banned from football for life while 14 people, including other former FIFA officials, have been arrested as US and Swiss authorities investigate a number of suspected instances of bribery.

But Champagne is positive about the future, despite his FIFA employment coinciding with the periods most under investigation.

“We need to keep doing what has been done well. FIFA can be saved,” he added.