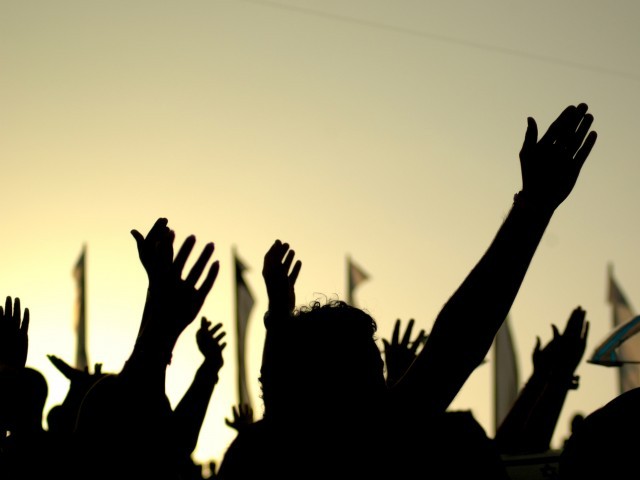 Okay so all the proactive janta of our country is quite gung-ho about the tolerance debate. Or wait the intolerance debate and if these two mind boggling phrases were not enough now there is counter-tolerance march. Really? What are we trying we do? What are we actually debating on?

Sometimes our over enthusiastic spirit to participate in the decision making process that concerns national issues blurs the line between activism and rationale behind activism.

So in a span of about 25 days, multiple theories about the concept of tolerance and intolerance have cropped up.

Theory 1: After the unfortunate Dadri lynching incident, beleaguered writers started staging a protest by returning their awards stating ‘growing intolerance’ as the reason. Then more litterateurs and filmmakers joined the award wapsi campaign. And then came actors- while some of them considered it the best way to express their dissent others denied to follow the bandwagon saying the awards have been conferred as an honour to them for their contribution to the field of art and returning those would mean disrespecting the art.

Theory 2: Not just the art, culture and film fraternity, even politicos joined the tolerance debate. After leaders from various political parties making several comments on the issue and also questioning the government for the atmosphere of intolerance, Congress staged a full blown a protest march which finally concluded at the President’s doorstep.

Theory 3: If all of this was not enough, and all the hashtags like #AwardWapsi, #intolerance, #tolerancedebate were done to death, we have now got a new buzzword #antiAwardWapsi. Prominent actors, filmmakers and writers will now hold a counter award wapsi march which will also conclude at the Rashtrapati Bhavan. What next now? #anti-tolerance or #antiantiAwardWapsi?

What are we really debating here? Growing intolerance or how much of this debate can we tolerate? The other day, noted actor Kamal Haasan said that we should probably debate tolerance every 5 years. Even if we do that would anything change in the larger perspective?

In an interview to a TV channel, Shah Rukh said that there is growing intolerance in the nation and he rightfully expressed his opinion. But the fundamentals in our society want to debate that too.

Yogi Adityanath on Wednesday equated SRK with Hafiz Saeed. Does this kind of statement simplify things for us?

We are all democratic people and we have been given the freedom of speech and expression by the Indian constitution but a lot many times we don’t think before expressing our views and we scream out opinions aloud without even analysing the rationale behind it.

An opinion backed by a strong rationale can become a reason to change the mind-set but an pointless brouhaha will not lead us anywhere-we the people.