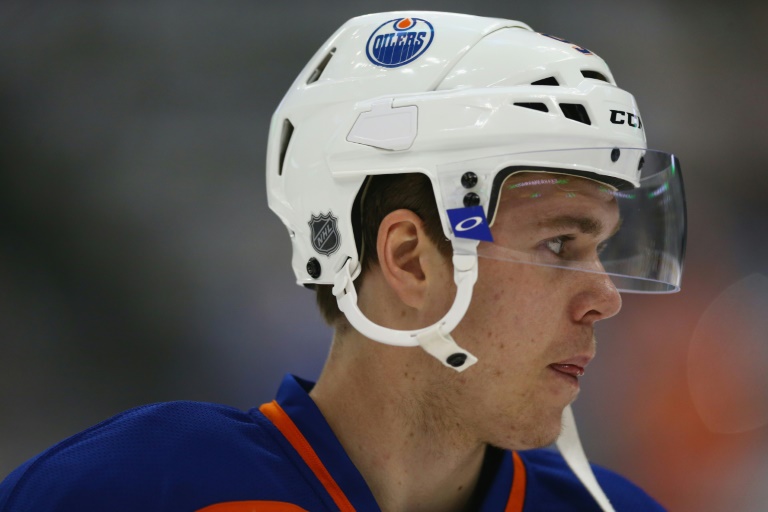 “He’s disappointed he got injured. It is his rookie season and things were going so well,” said McLellan, adding McDavid will be out “long term”.

It means the Oilers come-from-behind 4-2 win over the Flyers comes at a heavy cost as McDavid left the contest at the second intermission after slamming into the end boards with 1:44 left in the period.

The 18-year-old Canadian was going at full speed on a short-handed rush when he got tangled up with Flyers’ Brandon Manning and Michael Del Zotto. Manning ended up falling and driving McDavid hard into the end boards shoulder first behind the Flyers’ goal.

McDavid got up favoring his shoulder and sat still on the Oilers’ bench as the last 1:44 of the period wound off the clock. He continued to stay put as the other Edmonton players headed off to the dressing room then got up and walked to the room with his left arm hanging by his side.

McDavid, who was the first pick overall in last summer’s entry draft, was the NHL’s rookie of month after scoring 12 points in his first 12 games.

McDavid was later seen with his arm in a sling outside the Oilers’ dressing room.