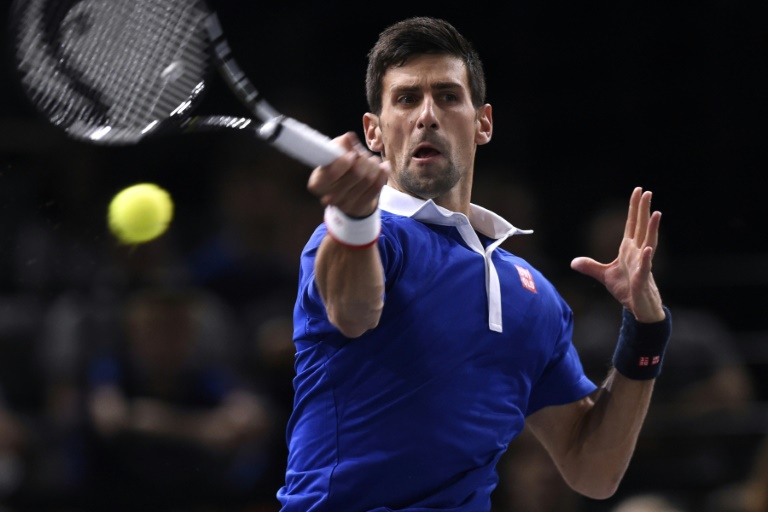 Novak Djokovic won his 74th match of the season as the top seed posted an opening 7-5, 6-3 win over Brazil’s Thomaz Bellucci at the ATP Paris Masters on Tuesday.

The world number one continued where he left off two weeks ago with back-to-back titles in Beijing and Shanghai as he cruised into the Paris third round.

It was an 11th consecutive victory at the Bercy arena, where he has won the previous two editions, last losing at the venue in 2012.

Djokovic now stands 74-5 in 2015 and has won his last 18 matches and 24 sets. He has played a run of 13 consecutive finals since he lost in January’s Doha quarter-finals at the start of the season, amassing nine titles and more than $15 million (13.7 million euros) in prize money this season.

Djokovic took almost an hour to get a grip on the second-round match with Bellucci, whom he has now beaten five times without a loss including three times this season.

The Serb broke in the 12th game of the opening set and took a 5-3 lead in the second before serving out the victory in just over 90 minutes.

In the first round, Lukas Rosol defeated Guillermo Garcia-Lopez 6-2, 2-6, 6-3 to line up against Rafael Nadal for the second week in a row after losing to the Spaniard in Basel.

Nadal confirmed that he has erased all personal doubts concerning his form and never once considered missing the forthcoming World Tour Finals in London.

Nadal cleared the air in Paris two days after playing the Basel final against Roger Federer, the second final in three events for the Spaniard who has driven his ranking back up to sixth through sheer hard work and determination.

“I always believed that I was going to be in the top eight at the end of the season,” said the seventh seed.

“I’m humble enough to say, ‘if I keep playing bad, it’s probably going to be trouble’, but I had the feeling in some moments that I was going to play better.

“I always thought that I was going to qualify, but a few months ago I was not enjoying (my tennis).”

Third seed Federer, who begins play on Wednesday against Andreas Seppi, will be looking to adjust quickly to the Paris indoor conditions.

“This is an important tournament, it’s always a tournament that I really enjoyed winning (in 2011). I’ve been 10 times in the final in Basel, so it always affects my preparation when I come into this tournament in Paris. So I do the best I can.

“Here the conditions are very different. It’s slower, there is more bounce, more effect on the balls. So I have to adapt very quickly to these different conditions.”