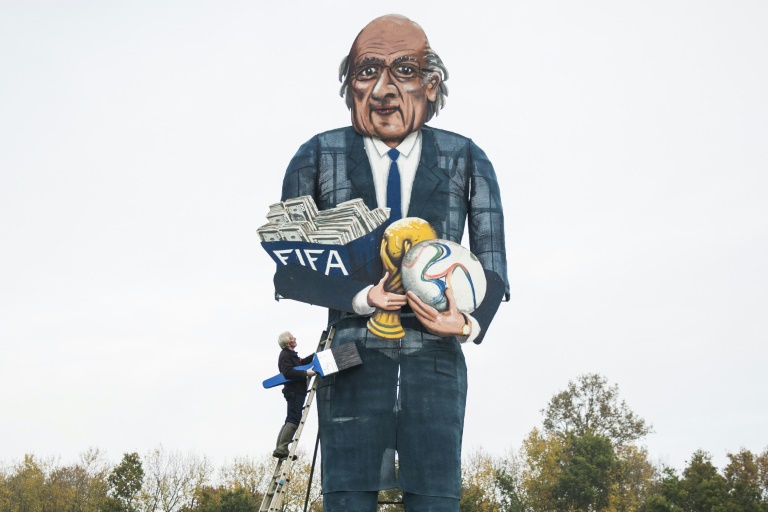 A giant effigy of suspended FIFA president Sepp Blatter will be torched this weekend as part of a British town’s Bonfire Night celebrations, organisers revealed Wednesday.

The 36-foot (11-metre) tall effigy of the outgoing Swiss head of world football’s governing body will go up in flames on Saturday in Edenbridge, south of London.

Scandal-plagued FIFA has been mired in allegations of bribery and corruption this year.

The effigy is of a sharp-suited Blatter carrying wads of cash, the World Cup and a football. It will be stuffed with oil-soaked newspapers, packed with fireworks and set ablaze.

“We did put some thought into who else it could be but… we went for him.

“We started building it two weeks ago, and we are pleased with the result.”

It was erected in a field on Wednesday with the help of a tractor.

Guy Fawkes Night, or Bonfire Night, is an annual event marking the foiling of a plot by Catholic conspirators to blow up Protestant king James I and the Houses of Parliament with 36 barrels of gunpowder on November 5, 1605.

It is celebrated with bonfires and fireworks displays either on November 5 or the nearest weekend, with effigies of plotter Fawkes burned.

Edenbridge has been poking fun at famous figures for 20 years, torching effigies of them alongside the traditional Guy Fawkes.