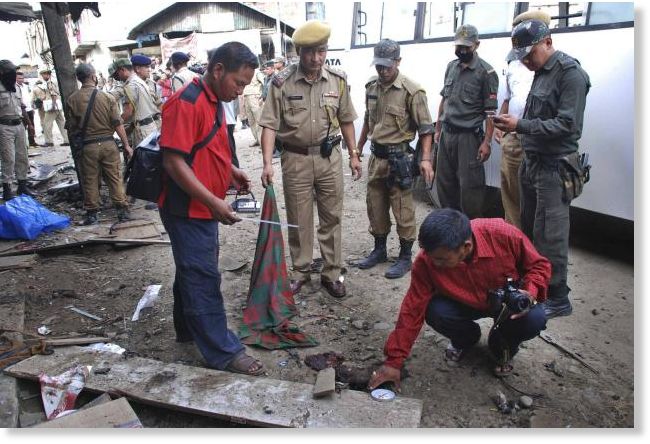 Two mutilated bodies were found at the the site of a powerful bomb explosion near the residence of an MLA in Manipur’s Thoubal district last night, a police official said.

It was suspected that the two young men, whose bodies were recovered, carried the bombs in a two-wheeler which they rode, a police official said, adding that the mangled parts of a vehicle were found lying scattered near the residential gate of the MLA.

However, the MLA, who is also the Parliamentary Secretary of the Directorate of Information and Public Relations, was away in Imphal, the official said.

One of the multilated bodies could be identified by the police from a driving licence found in the pocket as that of Nameirakpam Boboi of Poirou Khongjil village in ImphalEast district.

He reportedly left his home some years ago to join an insurgent outfit but the other multilated body was yet to be identified, the official sid.

The police have registered a case in this connection and investigations are on.