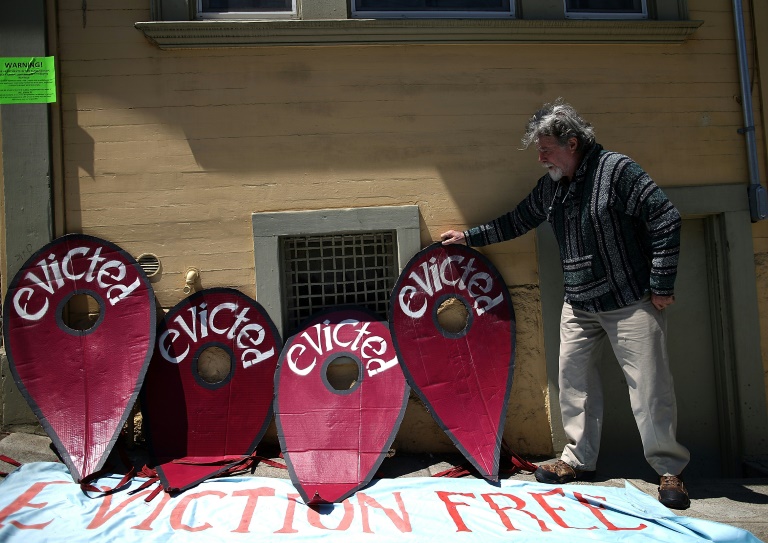 San Franciscans vote Tuesday on a measure to limit short-term housing rentals in what is seen as a referendum on surging startup Airbnb.

The vote is a key test of sentiment over a simmering housing crisis and on Airbnb in a city experiencing waves of investments in tech startups, pressuring an already tight real estate market.

In the “Proposition F” referendum, property dwellers would see a 75-day limit per year for rentals under 30 days, regardless of whether the property is “hosted” or not.

That would be a significant change in the current law allowing 90 days per year if the resident is absent and which places no limits on renting a “hosted” spare room.

Airbnb, a San Francisco-based online service allowing property dwellers and owners to rent a room or entire home for short periods, would be the most affected if the law passes.

That would not trouble backers of the referendum, who claim the “sharing economy” startup has exacerbated the housing crisis in the California city.

“At a time when San Francisco faces a severe affordable housing crisis, an increasing number of existing apartments are being illegally offered and advertised as short-term rentals on websites, such as Airbnb and VRBO,” the referendum text reads.

According to the coalition backing the measure, Share Better SF, up to 10,000 homes in San Francisco are now listed as short-term rentals, 70 percent of which are entire units.

“This eliminates rent-controlled and affordable housing, driving up rent and causing displacement, including evictions of seniors and the disabled,” says a statement from the coalition of renters, property owners and labor unions from the hotel and restaurant sector.

Some also claim the startup provides an incentive for property owners to toss out long-term residents and convert lodgings to short-term rentals, creating an upheaval in the traditional market for rentals.

The referendum aims “to prohibit converting rental units from residential use to tourist use, and help preserve the availability of housing in San Francisco,” according to the wording.

Housing prices have been surging in recent years in the region around San Francisco and nearby Silicon Valley.

Some former low-income neighborhoods of San Francisco are being transformed by the arrival of highly paid technology workers.

According to the real estate website Zillow, the average rent in the city in September was $4,390 per month, compared with less than $3,000 five years ago and an average nationwide of $1,386.

But Airbnb says it is not to blame for the housing crisis, and says its service helps people by providing income to those who need it.

“Home-sharing is making it possible for thousands of middle-class families to make ends meet and stay in the city, while Proposition F is a hotel-backed measure that is falsely drawing a line between regular San Franciscans sharing their homes and a decades-long housing crisis,” said company spokesman Christopher Nulty.

Airbnb has been a major contributor to the “no” campaign, which has raised $8 million compared with just $800,000 for the backers, according to election filings.

Opponents of the proposal contend it would raise privacy concerns, place a paperwork burden on property dwellers and encourage neighbors to snoop or file lawsuits.

“What if the government required you to report when you’re sleeping in your own home… or even in you own bed?” says a “no” campaign ad.

“If Proposition F passes, San Francisco will be the only city in the country where residents will be forced to do just that. It’s just too extreme.”

Surveys indicate the measure is likely to fail — 55 percent opposed in a poll last month compared with 36 percent supporting.

It will nonetheless be a key moment for Airbnb, which calls the city its home but operates in 34,000 cities around the world.

Earlier this year, the startup raised $1.5 billion in new capital, sending its value up to $25.5 billion.

The company was launched in 2008 and now has 40 million users worldwide.