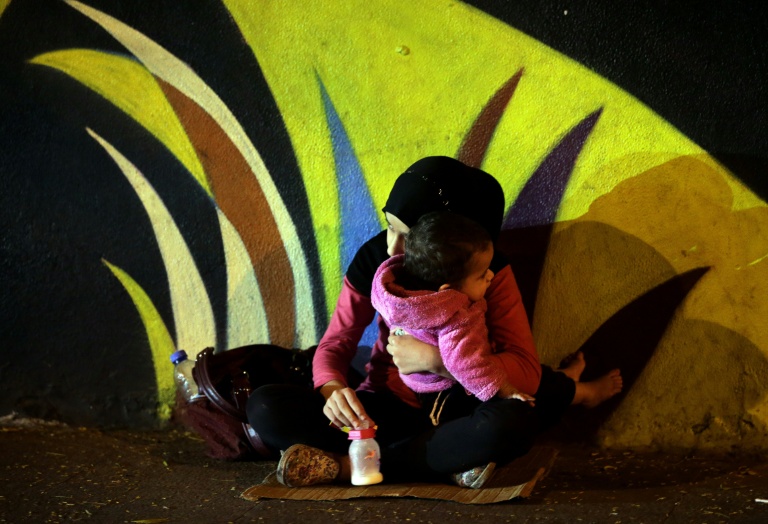 A stateless child is born every 10 minutes, the United Nations said, warning that the problem has intensified as the conflict in Syria has sparked a global migrant and refugee crisis.

A new report by the UN refugee agency highlights the long-term consequences of statelessness for children such as being deprived of medical care, education and future access to employment.

The problem is particularly severe among migrants and refugees affected by conflict, said the report, which is to be launched by UNHCR chief Antonio Guterres at UN headquarters in New York on Wednesday.

In Syria, children can acquire nationality only through their fathers, but the four-year civil war has forced more than four million people to flee the country and left 25 percent of refugee families fatherless.

Women who fled Syria while pregnant told UN interviewers that their hopes of one day returning home with their families could be crushed without a birth certificate to prove that their children are Syrian.

Syria’s war has also forced hundreds of thousands of people to seek refuge in Europe, including women who have given birth while trying to move across borders.

The agency said that in the 20 countries hosting the largest stateless populations, “at least 70,000 stateless children are born each year” — or one about every 10 minutes.

“In the short time that children get to be children, statelessness can set in stone grave problems that will haunt them throughout their childhoods and sentence them to a life of discrimination, frustration and despair,” Guterres said.

“Several million children are watching their childhoods slip away without the sense of belonging and protection that comes with a nationality,” the report said.

The report notes that in 30 countries national documentation is required to access basic medical treatment, while in 20 countries stateless children cannot even be vaccinated.

The UN agency proposed several measures to eliminate the scourge of statelessness, including the reform of discriminatory laws that prevent mothers from passing on nationality to their children.

Children should also automatically become nationals of the country where they are born, UNHCR further said.

The report identified discrimination as the main cause of statelessness, pointing to 20 countries where nationality can be denied on the basis of ethnicity, race or religion.

In some countries, laws prohibiting such discrimination are ignored in practice, such as the Dominican Republic where people of Haitian descent have often been denied Dominican citizenship, UNHCR said.

The refugee agency has previously set a goal to eliminate statelessness by 2024.